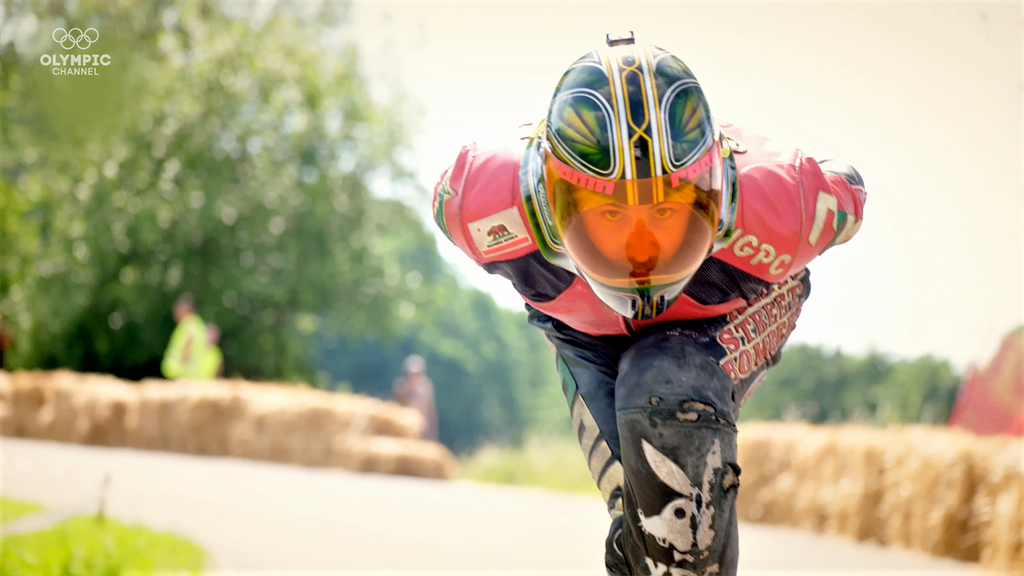 With nothing but a board between them and the pavement, downhill skateboarders hurl themselves down mountain roads at breakneck speeds with one goal – to cross the finish line first. Today, the Olympic Channel presents Speed Boarders a feature showcasing the unique and adrenaline-filled world of downhill skateboarding at olympicchannel.com.

Speed Boarders takes you behind the scenes of downhill skateboarding to experience the world’s fastest board sport at its premier event, the Kozakov Challenge in the Czech Republic, part of the International Downhill Federation (IDF) World Cup tour.

“Always having some limit to be able to push and something new to learn. That’s for me what downhill skateboarding is about,” said Switzer, 30, the 2011 IDF World Champion and three-time Canadian Champion. “Downhill skateboarding is more of a lifestyle for me, it’s something I train for and want to become better and better at, but also something that I like to teach others to be able to get better at and help them overcome their barriers, and that’s somewhere between sport and lifestyle.”

“Speed Boarders is an awesome way to provide additional exposure to the sport of skateboarding and introduce the athleticism behind its lifestyle to our fans,” said Mark Parkman, general manager of the Olympic Channel. “With preparations already underway for Tokyo 2020, we look forward to introducing the five new sports on the Olympic Programme, which includes skateboarding, to a wider, global audience through entertaining and accessible content.”