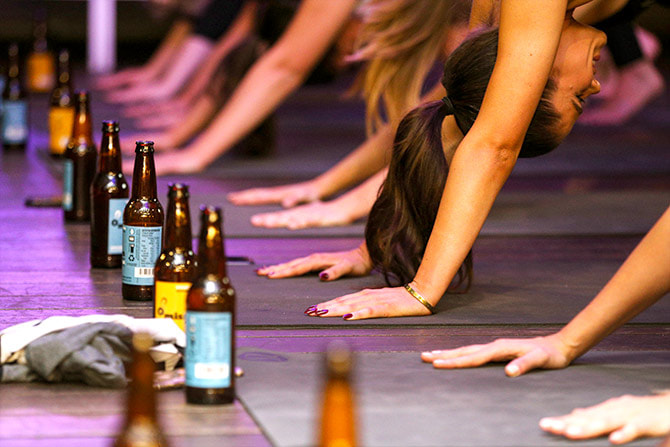 National Beer Day April 7 is the perfect opportunity to stretch out the lower back and pour a beer to introduce beer yoga, or “Brew & Asana: A BeerSnobChick’s Guide to Beer and Yoga.”

Author Adrienne Rinaldi — an ASU grad, hop enthusiast, lover of yoga, and a bit of a beer snob — took her fascination of craft beer and launched the blog BeerSnobChick in 2009, which allowed her to explore beers and breweries across the country. After receiving her 200-hour yoga certification in 2012, she hosted beer yoga classes in breweries for students looking to infuse some namaste with their hops. Or, something like that. “Brew & Asana: A BeerSnobChick’s Guide to Beer and Yoga” is a book that takes your favorite yoga poses and pairs them with some epic brews. In this book, you will find beautiful illustrations of beer and yoga poses with informative descriptions of each. From triangle pose paired with a saison to crow pose paired with an American stout, each pairing captures the complexity of the asana and essence of each brew, allowing you to find balance in warrior III or in the bite of an imperial IPA.

“Brew & Asana: A BeerSnobChick’s Guide to Beer and Yoga” can be purchased at a discounted price on Outskirts Press: https://outskirtspress.com/brewandasana