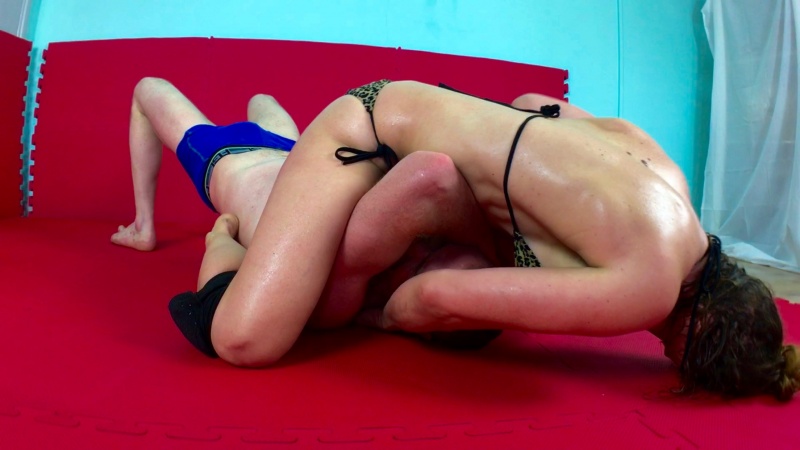 Have you ever met someone totally randomly through social media? That’s the beauty of modern technology isn’t it? Somehow connecting with people that in no way would you ever cross paths with in real life. And so it was for me when I met a fetish wrestling woman who followed my feed on Instagram after she read one of my stories about San Diego.

Normally I don’t go clicking on every push notification that Instagram sends me but in this case, it was the username @Scorpion_fetish that made me do a double take. Why would someone named Scorpion fetish want to follow a middle-aged man who posts photos of dogs, surfing and San Diego nostalgia?

My curiosity was piqued.

After seeing her instagram feed filled with photos of fetish wrestling, something I absolutely didn’t even know was a thing, I sent her a DM asking if this was a real account and how did she even find me?

With that, an unlikely friendship was born and I soon found out that Scorpion was on her way to Southern California on a fetish wrestling tour. I knew I had to interview her because I love people and their unique stories and what is more unique than fetish wrestling? With dates confirmed, we agreed to meet in North County for an interview.

What would I ask her? I’ll be the first to admit my lack of deviancy when it comes to kinky fetish type tendencies. What first started as a journey to research the darker side of peoples sexual cravings turned into a psychological education on human nature and a curiosity of who these clients are and how does one become a fetish wrestler.

All would soon be revealed as we made plans to meet at Cardiff Reef for a surf session followed by donuts at VG’s. When I met the Scorpion, I was surprised to meet a well-spoken, 30-something English female who looked fit, but different from the angry looking punisher on her instagram. As we spoke, I decided to put down the recorder and just talk. I soon found that the Scorpion was much more than a character on the Internet.

I asked how she became the “Scorpion.” She said, “I was single in London in my early 30’s and looking for a way to travel, save some money and be my own boss. I also was exploring my own personal sexual curiosities and that’s when I saw a post for a Dom conference and went to check it out. While it was more than I bargained for, it opened my eyes to something so different from my past, it pretty much blew my mind.”

In her previous life, Scorpion was a business professional, working in the fitness industry as a trainer and entrepreneur. She would consitently work 50-hour weeks yet still find herself just squeaking by, unable to save money. She wanted more for herself and knew she had to create her own path to achieve the life she wanted for herself.

She chose the subculture route and the art of fetish wrestling because, in her words, “I get to be the Dom, stay active, travel the world and get paid very well, all while making my own schedule. It’s exactly what I was looking for.”

I asked so many rookie questions: “Have you ever broken a clients neck? Has anyone ever died while you wrestled him? Who was the most famous person that hired you?”
To Scorpions credit, she wouldn’t divulge any sensitive information about her clients but did spin a few incredible stories of her travels and her journey into this different lifestyle.

I initially thought her clients must be deviants and was soon corrected. Scorpion explained the attraction of fetishes to me. In this case, her clients often times don’t look at what they are doing as anything different or fetish based at all. They are often people in positions of power or the decision makers at home or work who are in desperate need of finding a way to let go of that responsibility.

They want someone to take control FROM them, making them the “Sub.” It’s not that garbage 50-shades-of-whatever you see in the movies. This is one of the many different kinks that fill the same space and needs for the clients who need this release as a form of therapy, even more than some kind of sexual fantasy.

While that’s also a part of this lifestyle for some clients, the Scorpion is one of the Doms that will not allow any sexual touching. If her clients cross the line, the blue belt Ju Jitsu wrestler quickly corrects their behavior with a slap, choke hold or arm bar.

As we talked over Tacos El Gordo delicious, life changing adobada tacos, we discussed topics ranging from surfing, world travel and her matches. I found the Scorpion to be a blend of businesswoman, athlete and comedian as well as sexually liberated and, as her profession requires, a dominate ass kicker.

Spending the day with Scorpion was an eye opener and I had to thwart her requests that I look into my own fetishes and explore the things that I am curious about. I’ll report back if I discover anything that turns me on more that a warm VG donut and head high left at Cardiff Reef.

To book the Scorpion on her next tour of the West Coast, contact her at http://www.missscorpion.com/scorpion/