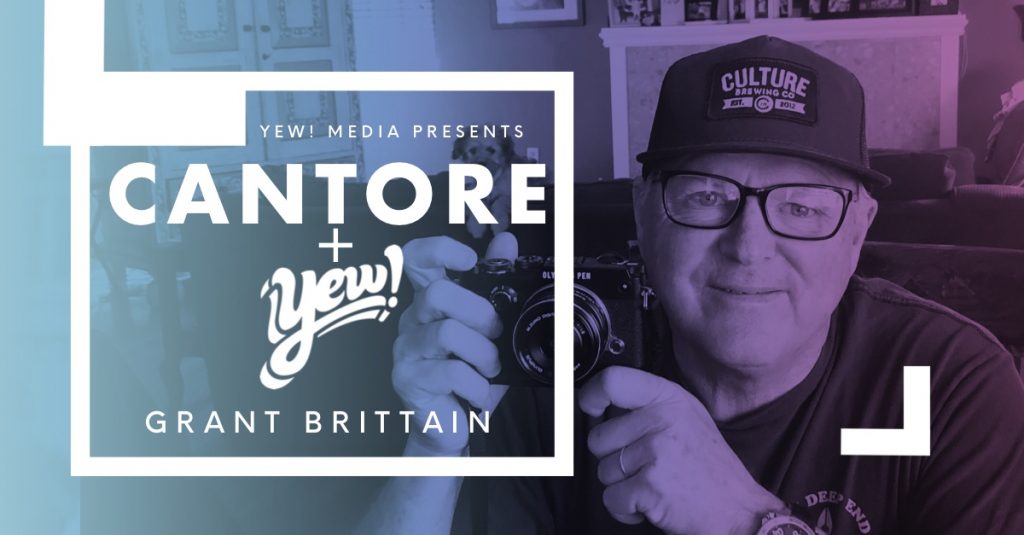 One of world’s finest, most respected skateboarding photographers, Grant Brittain, looks back on a lifetime of shooting for 40+ years — and, still going strong — on the Cantore and YEW! podcast.  A 2014 inductee into the Skateboard Hall of Fame and Museum, the longtime Encinitas resident began his photography career in the late 70s at the Del Mar Skate Ranch, which he managed.

In 1983, Brittain helped found Transworld Skateboarding Magazine, serving as Senior Photographer and Photo Editor for 20 years.  His skate photos have been featured in magazines, books, and photo shows around the world.

From shooting Tony Hawk, Lance Mountain, Stevie Caballero, Tommy Guerrero, Rodney Mullen, and Mike McGill of the Bones Brigade in the eighties to Danny Way jumping the Great Wall of China in 2005, Brittain’s imagery has inspired generations of surfers and skaters worldwide.

Don’t forget to SUBSCRIBE / Review on Apple Podcasts and visit our PATREON. #YEW