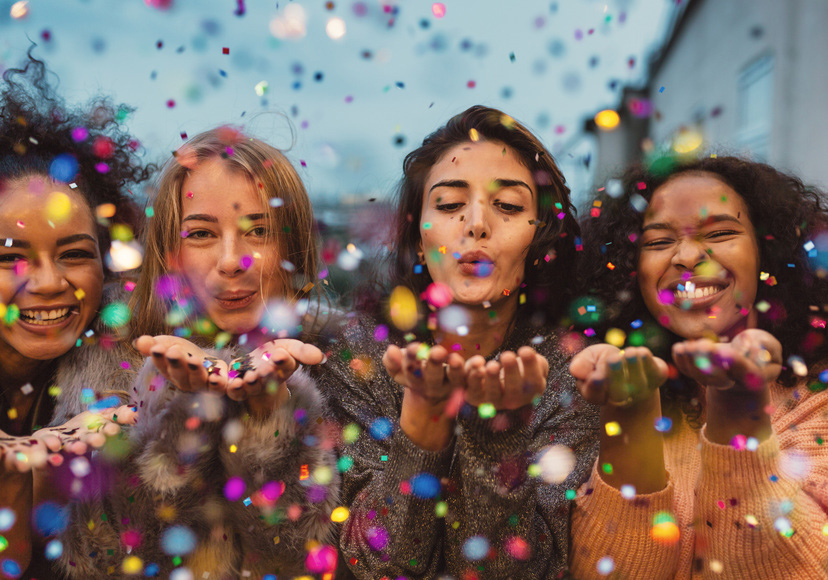 Today is International Women’s Day – a globally recognized day that celebrates all of the kickass women of our world and their remarkable achievements – professionally, socially, personally – seemed like the perfect day to praise the particularly badass and brilliant females around us. Women continue to change the game for greater good – breaking glass ceilings and barriers straight into traditionally male-dominated fields, sports, and professions. Worldwide, 2017 was proof that female leaders – perhaps now more than ever before – are refusing to take ‘no’ for an answer, trailblazing their way to record-shattering total badassery. Our city is no exception. San Diego is home to some serious glass shatterers: epically awesome women who are trailblazing in industries near and dear to us at Yew!, from beer to extreme sports, to music and Mexican food, check out our spotlight on four females who seriously rock.

Let’s raise a glass to Laura Ulrich, San Diego’s very own brewin’ badass, President of Pink Boots Society, and Stone Brewing’s small batch brewer. Ok, so she’s originally from St. Louis but San Diego has been lucky enough to call Ulrich a resident since Stone brought her on to work the bottling line, nearly 13 years ago. Having worked her way up from bottling line to taking the title of Stone’s first female brewer, Ulrich is an awesome example of a female icon in a male-dominated industry. Known as the leading figure of the female brewing community and proud President of Pink Boots Society – an organization for women in the beer community founded by Teri Fahrendorf (another majorly awesome trailblazer in the beer industry) that today has 49 chapters across the U.S and over 160 members in the San Diego chapter alone!

Ulrich mentors and empowers fellow female brewers, offering a sense of community, skill sharing, and further professional development. Ulrich is the mastermind behind some insane beer like Stone Smoked Porter with Vanilla Beans, a Stone Bistro favorite that boasts some seriously rich, old-school flavor reminiscent of a root beer float, grown up. Rest easy and drink up, Ulrich and others have paved the way for a new generation of women in beer.

All Hail The Queen of Mexican Food in SD: Claudette Zepeda-Wilkins

Meet the Executive Chief of San Diego’s El Jardin – a modern Mexican restaurant inspired by the women of Mexico, coming to Liberty Station in Spring of 2018. Born in the U.S. and raised between Tijuana and San Diego, Zepeda-Wilkins credits the women, flavors, and ingredients she spent her childhood around for fostering her passion for the culinary world. El Jardin is the culmination of that and more – an expression of her journey as a chef and woman.

A post shared by Claudette Zepeda-Wilkins (@claudettezepedawilkins) on Nov 28, 2017 at 10:39am PST

Having far beyond held her own in the culinary world as Chef de Cuisine for Little Italy’s Bracero Cocina De Raiz, sharing her talents with hot spots like Sea180, East Village’s Jsix, and even hosting a series of pop up events (think 14-course regional Mexico dinners that sell out in less than 24 hours!) all across the US. Zepeda-Wilkins is quite clearly a force to be reckoned with and a highly anticipated addition to our San Diego culinary community.

El Jardin – located in Liberty Station – is set to open this Spring, featuring a fusion of modern and traditional Mexican dishes. We’re stoked to taste the magic, passion and sheer skills that come out of that kitchen!

In Rock We Salute: Tristan Prettyman

Born and raised in Del Mar, California this San Diego native got her start rockin’ local clubs and bars before joining another local – Jason Mraz – on his national tour. Releasing her first EP in 2003, this smoky alto-toned surfer girl from San Diego absolutely rocked the alternative scene for years with headlining tours across the globe and four additional albums. The magic in Prettyman’s music has always been equal parts the depth of her voice and her willingness to be vulnerable – heartbreak seemed to spark inspiration for some of her hauntingly beautiful ballads.

Prettyman knows heartbreak but beyond that, knows what it takes to pull yourself through it to stand again – after six years of national touring, she took an unplanned four years off to recover from polyp surgery, traveling the globe in the process. Her music is emotionally charged and sifts through gut-wrenches – her latest album Cedar + Gold (whose title refers to both the cedar walls and ceilings in the house where she mended her broken heart and to the gold she spun from her situation) is a true testament to her fight to regain ground. Each track manages to be both relatable and deeply personal – Prettyman’s willingness to share her struggle and redemption is the definition of badass.

Cannabis: Eva Silva is Creating a Cannabis Culture We Can Be Proud Of

Award-winning writer, mother, actor, radio personality, publisher, Cannabis expert, this is one woman that does it all. We’re lucky to enough to know this Wonderwoman personally – she hosts Yew!’s weekly Cannabis podcast and offers a unique insight into the world of Maryjane that goes far beyond ‘bongs and thongs’, as Silva jokingly explains. Silva is currently the proud San Diego publisher of the upscale Sensei Magazine, a monthly pro-cannabis publication committed to showcasing the ‘new normal’ of cannabis culture, appealing to the new generation of users. Sensei is out to change the conversation around mainstream cannabis, and Silva is the perfect woman for the job.

Silva’s passion for and expertise in the health and wellness field had always kept her interested in the hemp industry, and while she’d professionally written in the space, it wasn’t until her sons uniquely benefitted from the use of medical marijuana that she became a true advocate. For the last six years, Silva has been working tirelessly to normalize the conversation, educate users, and shift the culture – all while building a community based around giving.

In Praise of the Lindsey Jacobellis: A Tenacious Athlete We Aspire to Be

If you tuned in to this year’s Winter Olympics you saw Encinitas local Lindsey Jacobellis absolutely shred in Pyeonchong – no surprise for this four-time Olympian with 10 gold medals from the Winter X games (most X Games medals than any woman in history). Jacobellis is arguably the best her sport has seen, and at 32 years old, she’s earned that title.  Her grit, work-ethic, sportsmanship and sheer athleticism have set her apart from the pack since 11 years old when she first started competing. Talk about badass, Jacobellis was the only young girl then racing snowboard cross in her hometown of Stratton, Vermont, competing against 12-year-old boys. In fact, she credits those early moments – and first competitors – as big influencers in how she approaches sitting in the gate, looking at her intimidating opponent and ultimately, pushing all outside noise aside to put herself to the test.

Jacobellis is an extraordinary example of physical and mental fortitude to which she in part credits California, specifically Encinitas. She finds total peace and paradise here, refueling in the community and the Pacific Ocean – her ability to recharge, train, and refocus after each grueling competition is key. We’re stoked to have this powerhouse as a San Diego resident and hope to shred some waves with her next time she’s home!

These women – and really, all women everywhere – are the true definition of badass. They’re incredible examples of what it means to grind, to push forward, to stand up and shatter any and all glass ceilings. They’re as strong as they are willing to be open, honest and even vulnerable, they’re as talented as humanly possible, both in skillset and mindset. They’ve endured, broken into fields that take grit and thick skin, and come out standing. Now, that’s badass.