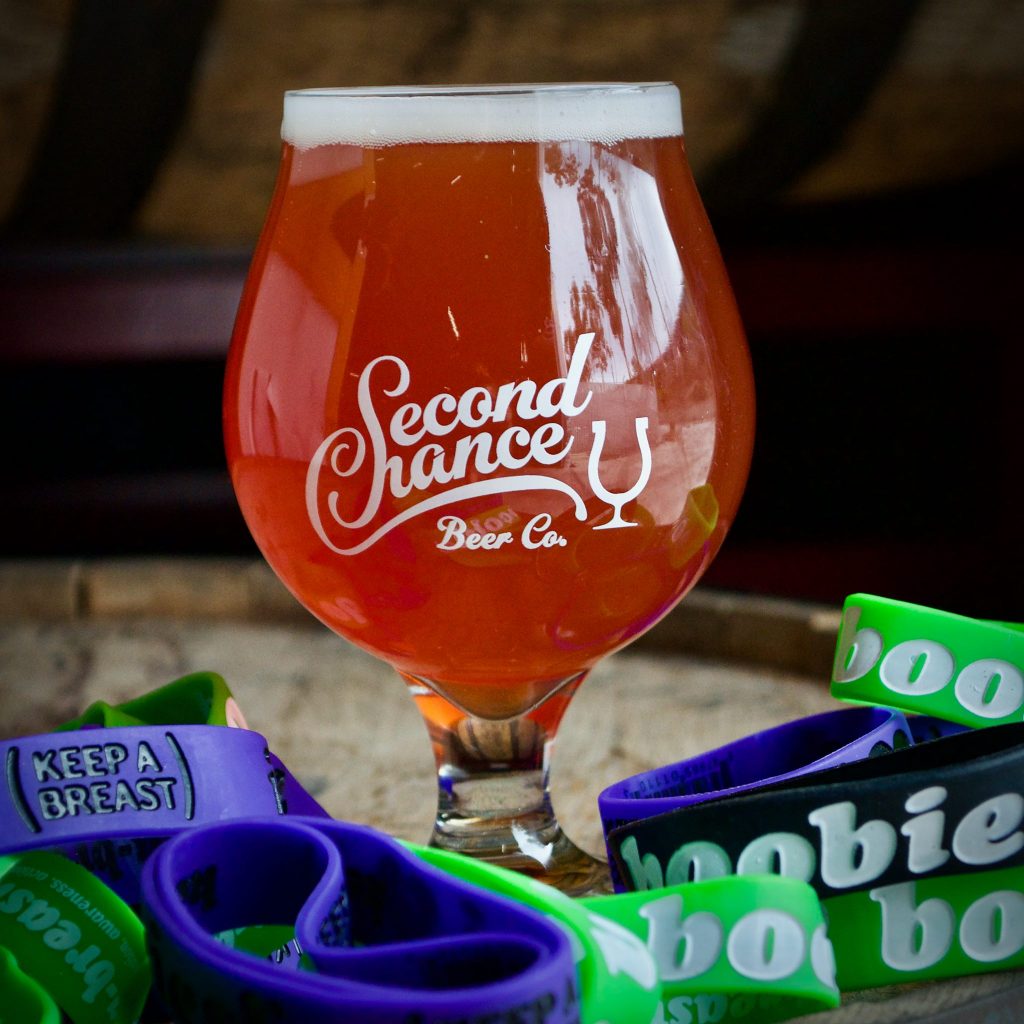 Does drinking beer make the world a better place? Short answer: yes. Thankfully, a good group of local breweries agree, and better yet, have made that their mission.

If you’re tapped into the local beer community (too easy, sorry) you know two things for sure. San Diego is craft ale mecca, with over 300 uniquely awesome breweries calling our slice of paradise home (cheers to never being too far from craft beer bliss) and secondly, that the craft beer community is closely-knit and universally supportive, connecting people with camaraderie. Beer brings people together, solidifying friendships over sips and toasts, bonding us to our fellow beer brethren. It’s no surprise that beer is the great benevolent beverage, with brewers being community-minded people and breweries often pledging to positively impact the environment they’re in. Find a brewery and you can almost bet you’ll be welcomed in with open arms and flowing kegs. They’re our go-to for sipping some seriously good pints, soaking up San Diego sunshine, and vibing with friends or at the very least, fellow fans; but the good deeds don’t end there.

While we’re insanely lucky to sip with the best of ’em, many San Diego breweries go beyond supplying us with great beer and good company, though that does plenty of positive already. Brewers pour their heart and soul into their community and pour not just for us, but for the greater good.

Since 2002, San Diego has been home to Green Flash’s tasting room and beer garden – the perfect spot to toss back one of their over 30 unique brews, sample some grub from their branded food truck, or even just hang out. As if that wasn’t enough, this craft ale hotspot is home to some big-hearted brewers who have been seriously ‘brewing it forward’.

YEW! Tip: Swing by Gastro, their on-site food truck, and snag a burger with caramelized onions and a spin on ‘secret sauce’ that will leave you feeling all time.

San Diego’s Modern Times and their utopia named, soul-stirringly delicious hops have done their fair share of good with their annual Carnival of Caffeination – a total takeover of Broadway Pier pouring caffeinated magic, rare, unique brews, and all proceeds into BikeSD: a local nonprofit set out to create a more sustainable San Diego.

BikeSD is an independent startup aiming to establish San Diego as one of the top cities for bicycling as a mainstream form of transportation. Hey, fewer cars, more biking, more beer? Not bad.

With two locations in San Diego, Second Chance Beer Co is busy brewin’ and living by their name that they took on thanks to the co-founder’s self-proclaimed passion for refurbishing items, giving them a second chance at life. Old tabletops, discarded piping, antique whiskey barrels, reclaimed wood – both locations of Second Chance Beer Co were built featuring items living their ‘second chance’.

That mantra doesn’t end there. Their charitable program is one of the most generous in San Diego, giving to nonprofits like ‘Second Chance Dog Rescue’ and ‘Horses of Tir Na Nog’, two local organizations that save dogs and horses from high-kill situations, ensuring they find their forever homes. Second Chance Beer Co partners with Brewbies, a kickass (and insanely lucrative) nonprofit festival that takes place in three cities (including Carlsbad) with 100% of proceeds going to Keep a Breast foundation. They also host an Annual Holiday Fundraiser for Breast Cancer Angels, raising several thousand dollars that goes directly to individuals struggling to keep up with everyday expenses during their breast cancer battle.

A local favorite, Hamiltons rocks out as a traditional neighborhood ale house – serving some seriously kickass beers in the heart of South Park since 2006. They’ve been in the giving game since they opened, hosting sold-out benefits like their Pints for a Cause event, benefiting senior pets while offering samplings of brand new brews, or their annual Triple IPA Throwdown, raising money for California fire victims and delighting beer fans in the process.

Yew! Tip: Hamilton’s is dog-friendly, so bring your four-legged pal next time you feel the craving for some craft beer. Excellent brews + dogs + a charitable brewery, what could be better?

Founded in 1995, this San Diego based artisanal craft brewery has made giving back to their community, while busting out some handcrafted brews their business since opening their doors. In early 2014, Alesmith teamed up with the charitable baseball legend Tony Gwynn to create a golden pale ale full of American hop flavor later named Alesmith San Diego Pale Ale .394 – paying tribute to the city Tony loved and his highest batting average for a season. The collaboration has had tremendous results, with a portion of every purchase of the pale ale donated to the Tony and Alicia Gwynn Foundation. Alesmith Brewing Co is a great spot to sip some legendary beers and know you are certainly pouring it forward.

There are some rad events that you let you raise a glass and funds for well-deserving charities and causes. Below we’ve rounded up a few awesome (and local) festivals and events that are doing their part to pour it forward.

Founded in 2015 by a local San Diego brewing-industry pro and Lupus survivor, Brandon Hernandez, Beer to the Rescue has raised over $100,000 for the Lupus Foundation of Southern California. A fundraising initiative that brings together 42 San Diego breweries to host events from February through May of each year. Beer to the Rescue is dedicated to helping find a cure for Lupus, and with breweries all across San Diego joining forces (and releasing specially brewed beers especially for the campaign) this is one way to give back you won’t want to miss.

If you want to get involved with Beer to the Rescue or want to catch one of their events, check ’em out!

Launched by local Melanie Pierce, Brewbies was born onto the craft brew scene in 2010, inspired by her time in a SoCal beach town learning everything she needed to know about the art of craft brewing and the all-inclusive community that surrounds it. With a tagline of Craft beer lovin’ do-gooders, Brewbies answers the question of: “Can a beer festival benefit a good cause?” with a solid yes. Melanie has created one of the first beer festivals to benefit a nonprofit organization: approaching its 9th year with festivals hosted in Chicago, Colorado, and Carlsbad – Brewbies has raised over $400,000 for Keep a Breast.

With over thirty breweries joining forces (and donating some awesome ale) to make Brewbies possible, this festival is an epic opportunity to drink some kickass beer and give back at the same time. Check out what they’re up to and make sure you swing by next time they’re in town.

Craft beer visionaries have a clear mission: serve the public some seriously kickass beer, and benefit the world around us in the process. The craft beer community seems to go far beyond creating the perfect pint, with independent breweries donating more than $71 million in charitable contributions in 2017. With so many awesome local breweries doing their part, one thing is for sure: great beer for a good cause is something we can all raise a glass to.