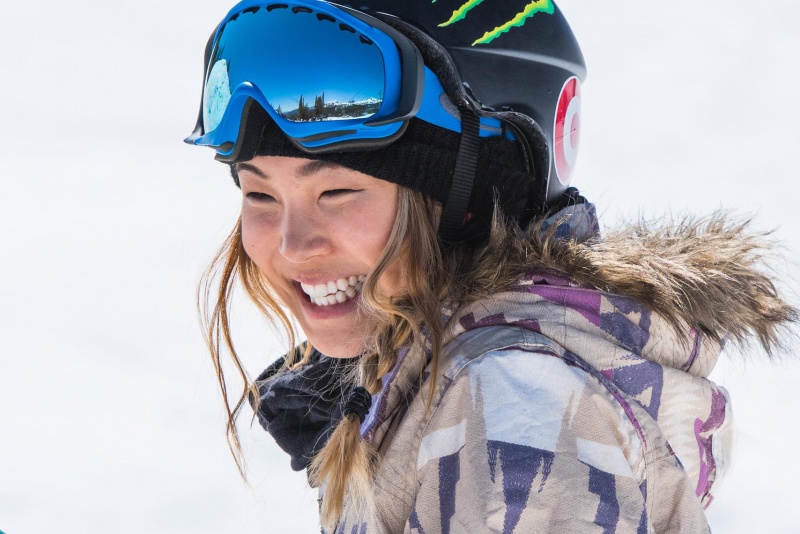 Days after Redmond Gerard became the youngest American male to medal at the Winter Olympics (since 1928,) Southern California’s Chloe Kim, also 17, is the youngest woman to win an Olympic snowboarding medal after grabbing GOLD in the women’s halfpipe.

“I hate crying but I’ll give myself a pass for this one. Thank you everyone for the love! Stoked to bring home the gold” Kim tweeted.

I hate crying but I’ll give myself a pass for this one. Thank you everyone for the love! Stoked to bring home the gold pic.twitter.com/vxApf1lxbI

Born in Torrence, California and raised in Long Beach, her father, a South Korean immigrant, started teaching Kim how to snowboard at just 4 years old. At the 2016 U.S. Snowboarding Grand Prix, she scored a perfect 100 after landing back-to-back 1080 degree spins in competition.  The only other person to do such a thing? Shaun White.

Chloe is the only athlete in X Games history to earn three gold medals before turning 16.

As a first-generation Korean-American, NBC reports she is trilingual. Kim spent two years studying abroad in Switzerland and speaks English, French and Korean.

2. She Has A Lifetime Supply Of Skittles

Known for having a sweet tooth, Chloe was craving ice cream, churros, and Hawaiian pizza during Winter Games competition — but, two years ago, she was gifted with a lifetime supply of Skittles. And you thought BURTON was a big sponsor?!

Thank you #skittles for the lifetime supply of candy! Couldn’t be more stoked!

In 2015, Kim took the gnarliest spill of her career at the X-games. Rather than going home on a stretcher, she went back and snagged the GOLD in the Superpipe finals.

All Photography by Myles McGuinness