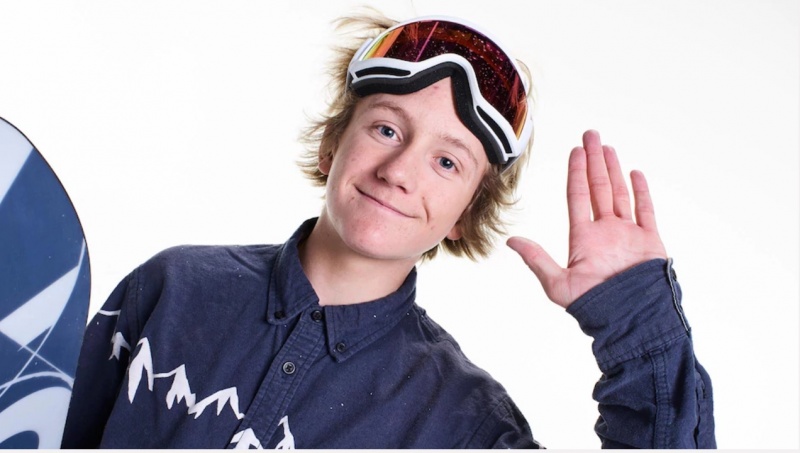 Competing in the slopestyle and big air events for the USA in PyeongChang, here’s FIVE fresh facts about the snowboarding phenom:

The sixth of seven children, Gerard was born in Rocky River, Ohio (in 2000) to parents Conrad and Jen Gerard, has four brothers –- Brendan, Creighton, Malachi and Trevor –- and two sisters, Tieghan and Asher, according to NBC Sports.

4. Has A Terrain Park In His Backyard

When he was seven years old, Red’s family moved to Breckenridge, Colorado where they built a terrain park in their backyard.

In his post-victory press conference, Red said he’s “starting to get how big the Olympics is.”  And what does he plan to say to his giant family now that he’s a gold medalist?? “Uh … yoo hoo? We did it?”

The day he won gold, Gerard woke up late and had to borrow a jacket from his roommate, fellow Olympian snowboarder Kyle Mack (according to Yahoo’s Jeff Passan.)

After securing the gold, the teenager was caught on camera covering his goggles with his gloves and uttering “Holy F—!”