How Much Weed Costs Across The U.S.A. 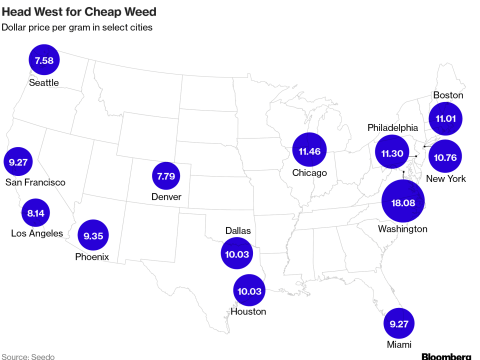 If we weren’t lucky enough to have some of the best surf, sunshine, and Mexican food at our fingertips, you can now add the cheapest weed into the mix.

According to the 2018 Cannabis Price Index, a study compiled by Seedo, a Tel Aviv-based company that makes equipment for home growers, compared to the East Coast, cannabis is relatively cheap on the West Coast. For example, the average cost of a gram in Southern California is $8.14, while in Washington D.C., the average price is $18.08. Wholesale, NOT retail.