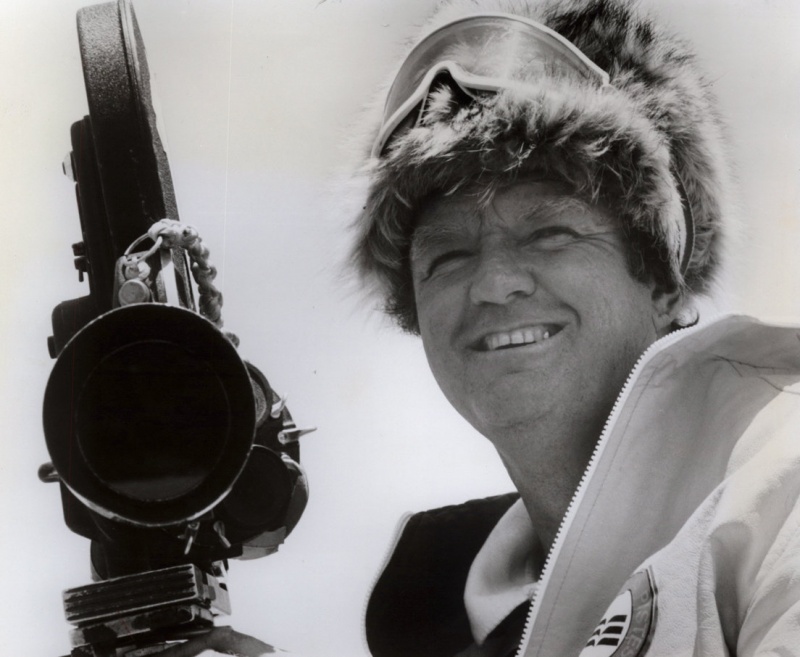 Pioneering action sports filmmaker Warren Miller (93) died Wednesday at his home on Orcas Island.  Whether or not you are a fan of his movies, there’s a lot we can learn from Mr. Miller — specifically, his tireless hustle, witty humor, and passion for skiing that led him to build the world’s longest running snow sports film empire. Important to note, he started with nothing — a ski bum who taught himself how to make movies.

There are plenty of quotes, quips, and snippets of wisdom from Warren Miller that can teach, make you laugh, and/or take you to new extremes of thinking.  Here are our 10 faves.

“Never tell a lie, because you don’t have a good enough memory.”

“Freedom is located somewhere outside the box.”

“Birthdays are good for you – the more you have the longer you live.”

“If you don’t have any idea where you’re going, you’ll probably end up there.”

“Always try everything at least twice.”

“Adventure is the invitation for common people to become uncommon.”

“Freedom is when preparation meets the opportunity you have created.”

“How old would you be if you didn’t know when you were born?”

“Don’t take life seriously, because you won’t come out of it alive.”