Dolores O’Riordan, Lead Singer of the Cranberries, Performs At S.D.S.U. in 1993 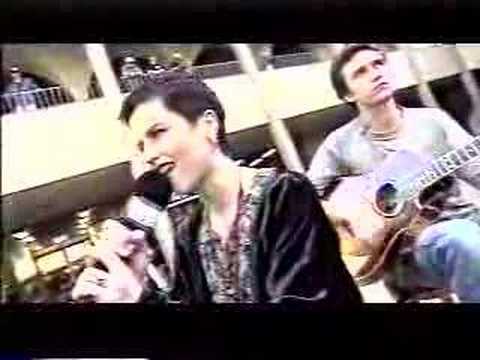 Best known for singing (and writing) the Cranberries’ 1990s smashes “Linger,” “Dreams,” and “Zombie,” the band first landed in San Diego in the fall of 1993 at S.D.S.U.’s on-campus venue, The Backdoor.

Prior to the show, the band performed an acoustic version of “Linger”  for MTV and a handful of students in the courtyard in front of the venue.

A 5th year senior at S.D.S.U. working as a “runner,” or “go-fer,” for bands performing on-campus (included this particular show,) Dolores O’Riordan could not have been more pleasant, and the above performance of “Linger” couldn’t have been more awesome.

Life is precious, Rest In Peace.