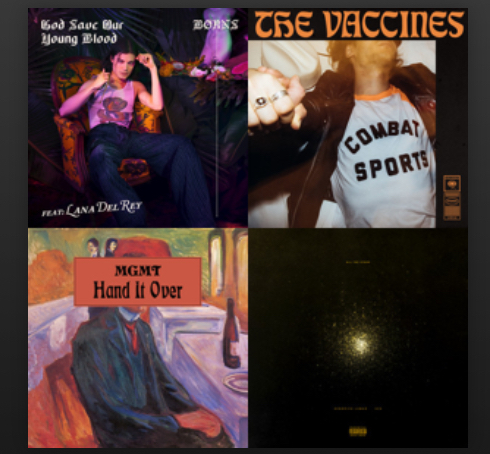 Every Friday, dozens of artists drop new albums, singles, bangers, jams, and/or collabs. After a weekend of streaming said new music, YEW!’s music team recommends the tracks most worthy of a listen.

Got Spotify? Stream all of YEW’s picks by following our New Music Monday playlist (embedded below) every week. Wanna see a rad show? Enter to WIN tickets to see Wolf Parade, JANUARY 23rd, at the Observatory North Park.

Brought to YEW! by our homies at Vinyl Junkies Record Shack in South Park.

The First Single From The ‘Black Panther’ Soundtrack, produced by Kendrick.

MGMT — Hand It Over

Psychedelic New Single ‘Hand It Over’ Is The Latest Off Their First Album In Five Years.

The Vaccines — I Can’t Quit