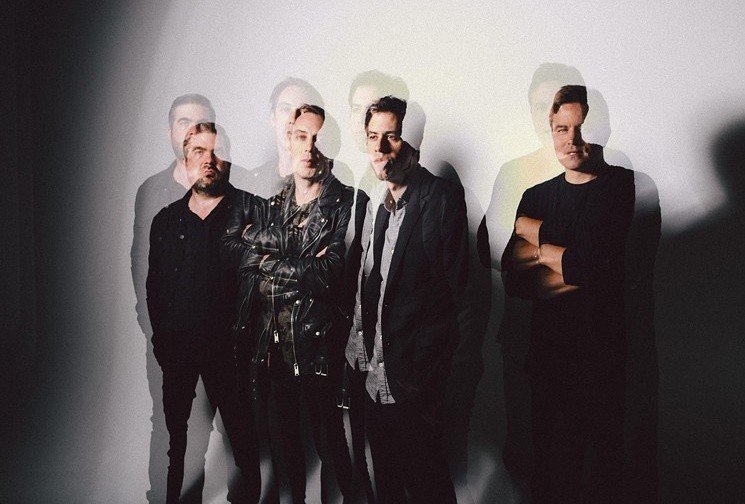 After a seven year hiatus, indie-rock, post-punk revivalists Wolf Parade are touring in support of their their latest LP, Cry Cry Cry, which debuted in October 2017 via Sub Pop.

“By the time we toured that last record, it wasn’t as fun,” drummer Arlen Thompson told the Phoenix New Times, “We realized if we pushed it and did this as a job we would end up totally hating each other. We all had side projects going on, so we thought if we stopped Wolf Parade then, maybe there would be room to come back to it.”

Well, that’s exactly what they did (and with splendid results.)

“We thought it was a good idea to get back together. We hung out, talked out some issues, and played some music,” Thompson says. “We sounded terrible that first time, but it felt good, so we started writing new songs — we wanted more lush, so we expanded with horns and synthesizers. Lyrically we were informed by what was happening in America politically.”

Purchase tickets here, and/or try to WIN a pair below.