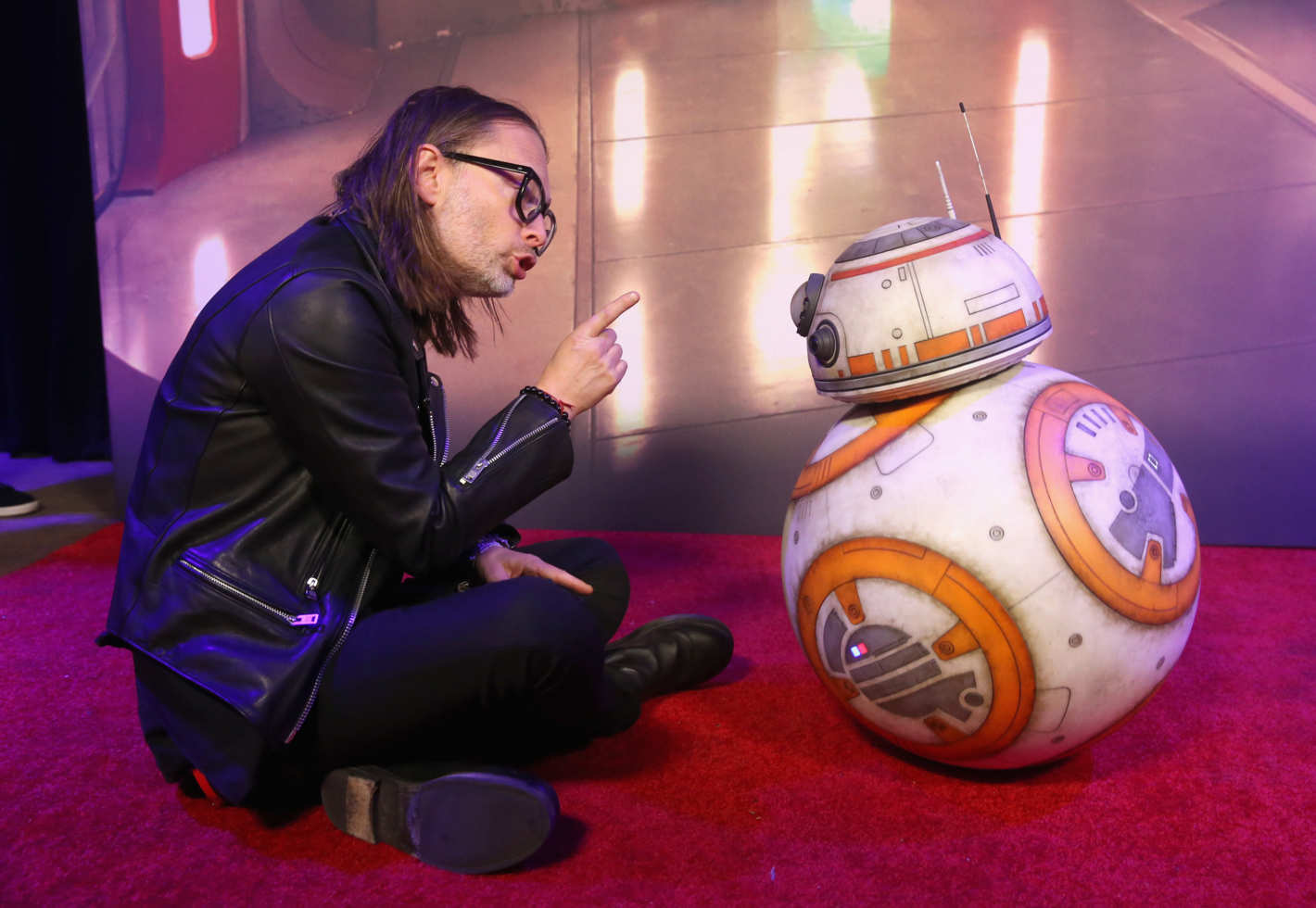 Saturday night, at the Hollywood premiere of Star Wars: The Last Jedi, Radiohead‘s Thom Yorke had a sit-down with Star Wars‘ BB-8 on the red carpet (at USC’s Shrine Auditorium.)

At first, Yorke can be seen scolding the lovable droid, but as time goes on, the Radiohead frontman makes amends, even offering gestures of thankfulness, or prayer, to BB-8.

While we have no idea what the two were talking about, we can only hope it included a discussion about less bleeps / more guitars on the next Radiohead album.