Surf Bros Fight For Your Right To Party 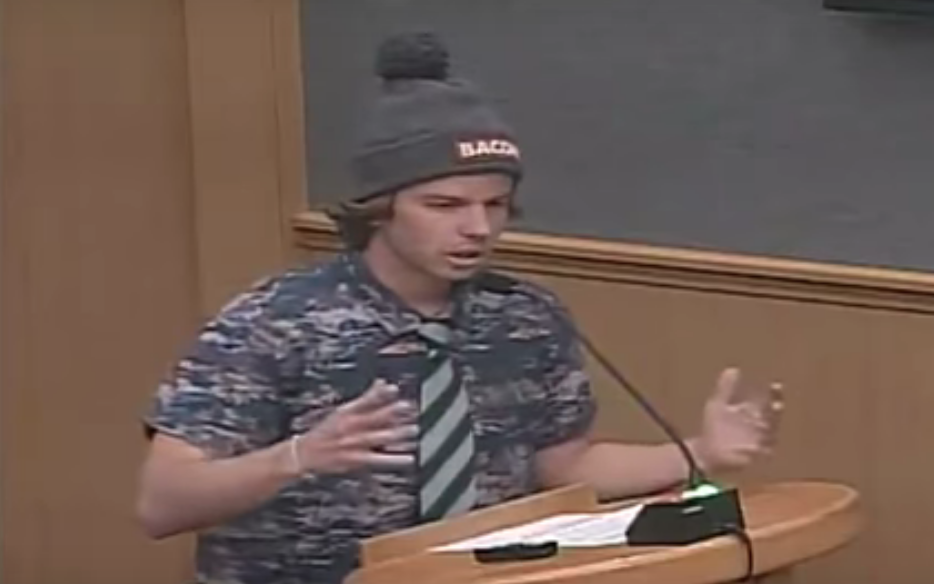 UH-OH, Hollywood house parties are under threat, but have no fear, Chad and JT are here!  As Los Angeles City Council considers an ordinance to end legendary bashes in the Hollywood hills, the bros marched down to City Hall to fight for your right to party.

“What up, council. My name is Chad Kroeger, um, I am an activist and house party enthusiast,” opened Kroeger on Wednesday.

“Over the past week, I have been in a state of deep despair upon hearing the news that LA is trying to outlaw house parties in the Hollywood Hills. I am here determined to stop this future atroxity.”

Ending his plea with “raging at house parties is the truest way to party,” Chad turned the mic over to bro #2, JT Parr.

“I grew up like most like most kids — worrying that I couldn’t bench two plates, that I wouldn’t fit in, that I wouldn’t find love,” JT said. “Then I discovered partying, and all those worries went to the wayside. I didn’t need love: I had keg stands. I discovered I was great at raging, and it revealed wonderful things about myself. I could relate to bros regardless of what kind of bro they were.”

He hilariously continued “parties are what’s needed to unite the United States of America, added I’d like to share an anecdote. Chad and I were not always super tight bros. We were star crossed — he was a surfer, I was a body boarder. We operated in different worlds.”

Back in March, the dudes interrupted a San Clemente City Council meeting requesting the city pay homage to Paul Walker by erected a 12-foot tall statue of the late “Fast & Furious” actor at the end of a pier.

Wednesday, however, was their first appearance at a L.A. City Council meeting and President Herb Wesson was not amused.

“Thank you,” he said, “and I want to welcome you to L.A. Council’s ‘Bill and Ted’s Excellent Adventure.”