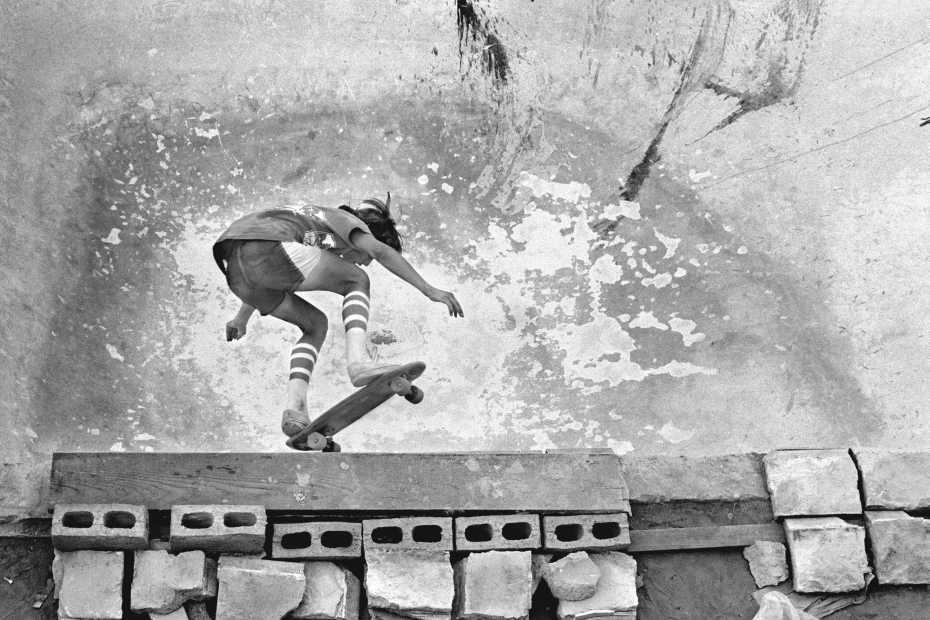 On a late afternoon in 1975, a young photographer named Hugh Holland drove up Laurel Canyon Boulevard in Los Angeles and encountered skateboarders carving up the drainage ditches along the side of the canyon.

“It spread like wildfire all over Southern California,” says photographer Hugh Holland. “I know it happened in other parts of the world too, but California felt like the center of it all.” M+B Photo is pleased to present Silver. Skate. Seventies., December 2, 2017 to January 31, 2018, at their new exhibition space in Hollywood.  The public will get its first glimpse at the photographer’s never-before-exhibited archive of black and white images, including some of his earliest photographs documenting the rise of the California skateboard revolution in the 70s. Although not a skateboarder himself, Holland never tired of documenting skateboarders surfing the streets of Los Angeles, parts of the San Fernando Valley, Venice Beach and as far away as San Francisco and San Diego. Though now he is most closely associated with his later work in color, the artist began his photographic documentation of the skateboard revolution shooting in black and white.