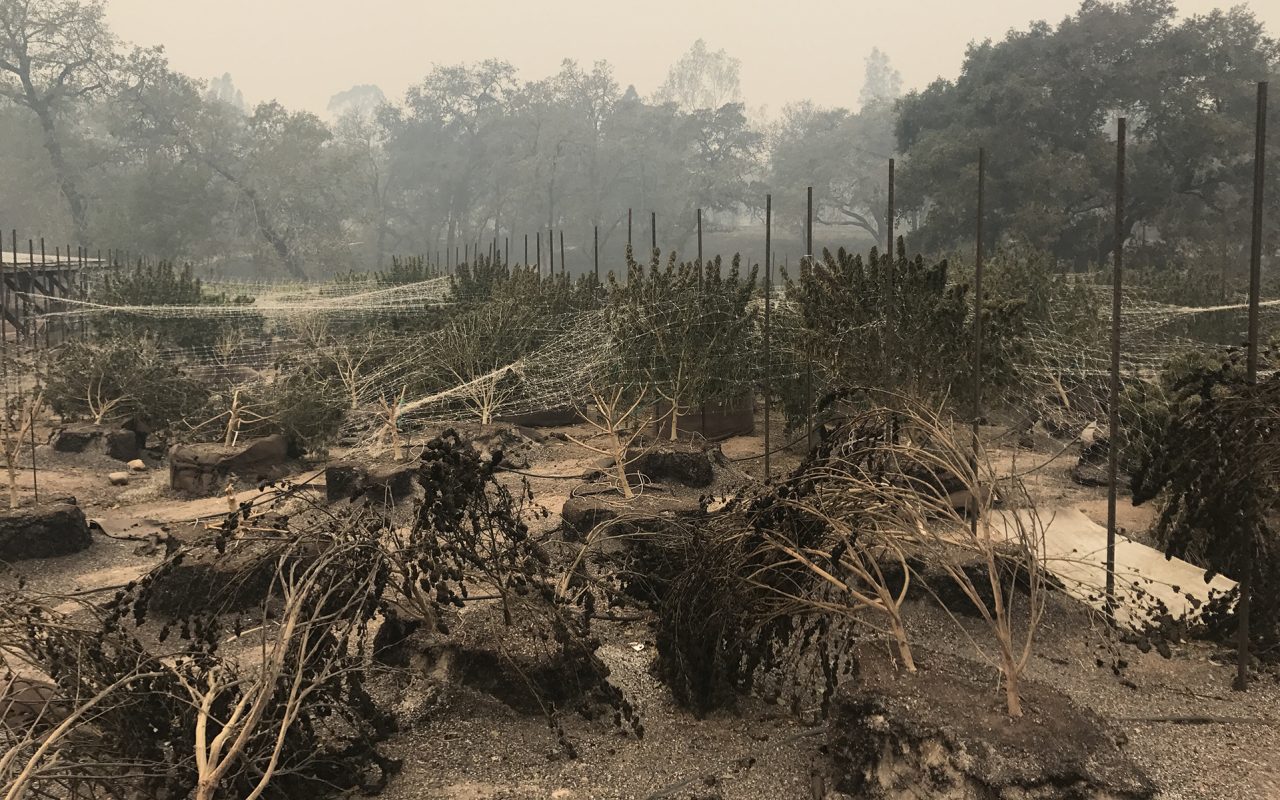 As wildfires ravaged Northern California’s wine country, several of the state’s legal marijuana farms have gone up in smoke too.  According to CNN, operations in Mendocino, Sonoma and Napa counties have reported major losses (with more at risk.)

Because this is the heart of harvest season, known as Croptober, Hezekiah Allen, executive director of the California Growers Association, said “I think we can honestly be looking at hundreds of millions of dollars in losses in terms of crop damage and property loss, it’s that significant.”

Fires have officially fucked up the weed game too.

According to the California Cannabis Industry Association, there are about 10,000 cannabis farms across the state, and at least seven have been destroyed with another 30 to 40 farms in jeopardy.

Robert Frichtel, CEO of General Cannabis Corporation, said “the fires are hitting in an area of California that’s probably the predominant outdoor cultivation site in the country, it has ideal growing conditions — the same reason they grow wine grapes in that region.”

As much of a buzz kill as it is, the losses aren’t expected to change the retail price of cannabis at your local collective.