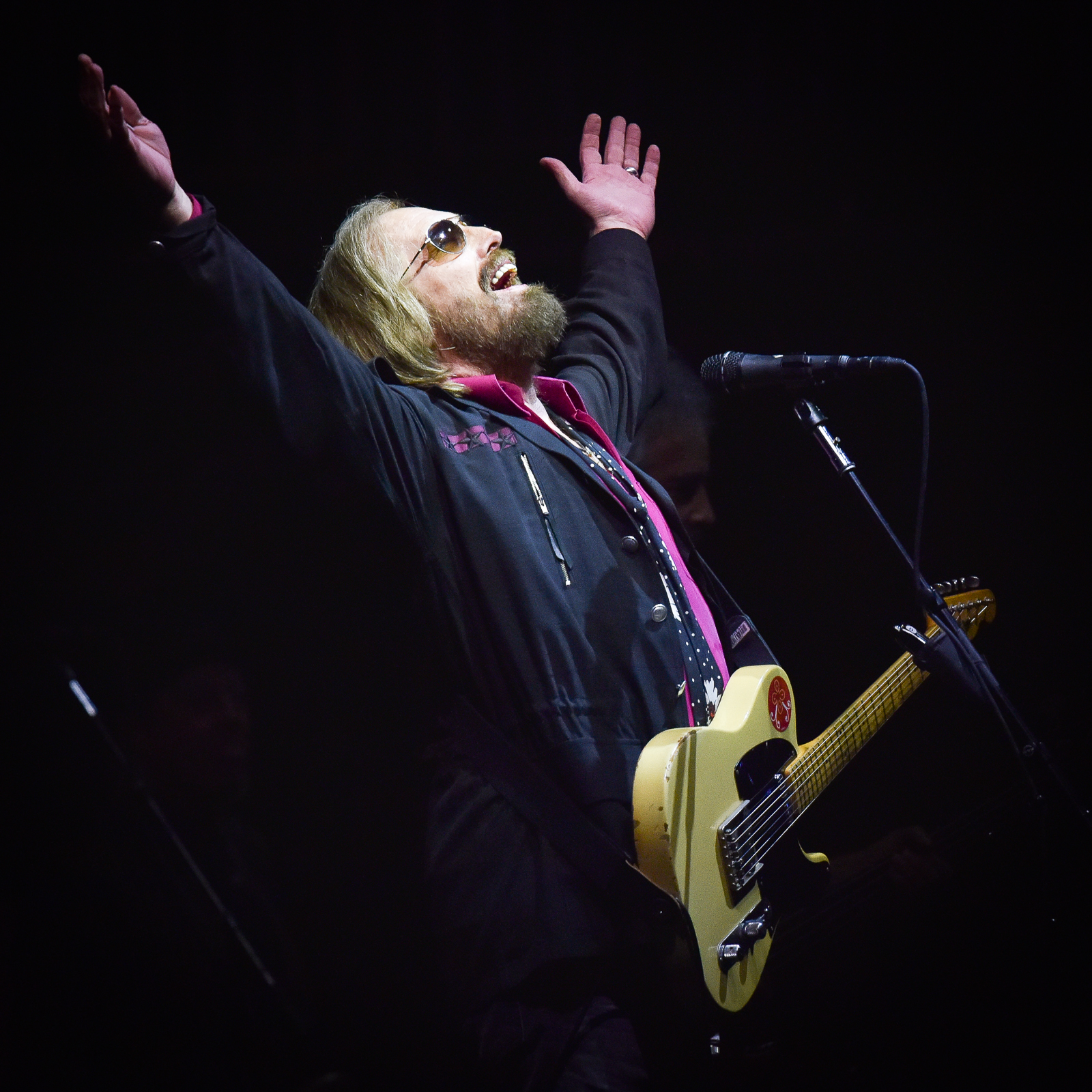 Standing with 20,000 people waiting for Tom Petty and the Heartbreakers to take the stage on a late summer night. The dank smell of sticky weed, spilled beer and dust penetrated the air as the drunken roar of the crowd grew in excitement.

Tom Petty and the Heartbreakers showed up that night in spades…they put on a show that was nothing short of magic. He may have been high as a kite and slurring a bit, but that shit doesn’t matter when you’re a pro like Petty. When the songs kicked in, he nailed it, never missing a beat. His “mojo” was firing. The audience could tell Tom was enjoying the night with his smiling, clapping and bantering…it was obvious he was feeling it and psyched to be playing with friends. As the Heartbreakers finished their last song, American Girl (poetically, the last song off their first album), the band gathered together smiling, arm in arm, as they took their final bow. While we knew we had just witnessed something special, we didn’t think it would be one of the last time the legend would take the stage. We couldn’t have guessed his light would go out so soon. “In a world that keeps on pushing me around I’m gonna stand my ground.”

Fuck yes you did Mr. Petty…yes, you did. Thank you and travel well. All photos by Pete Santos.