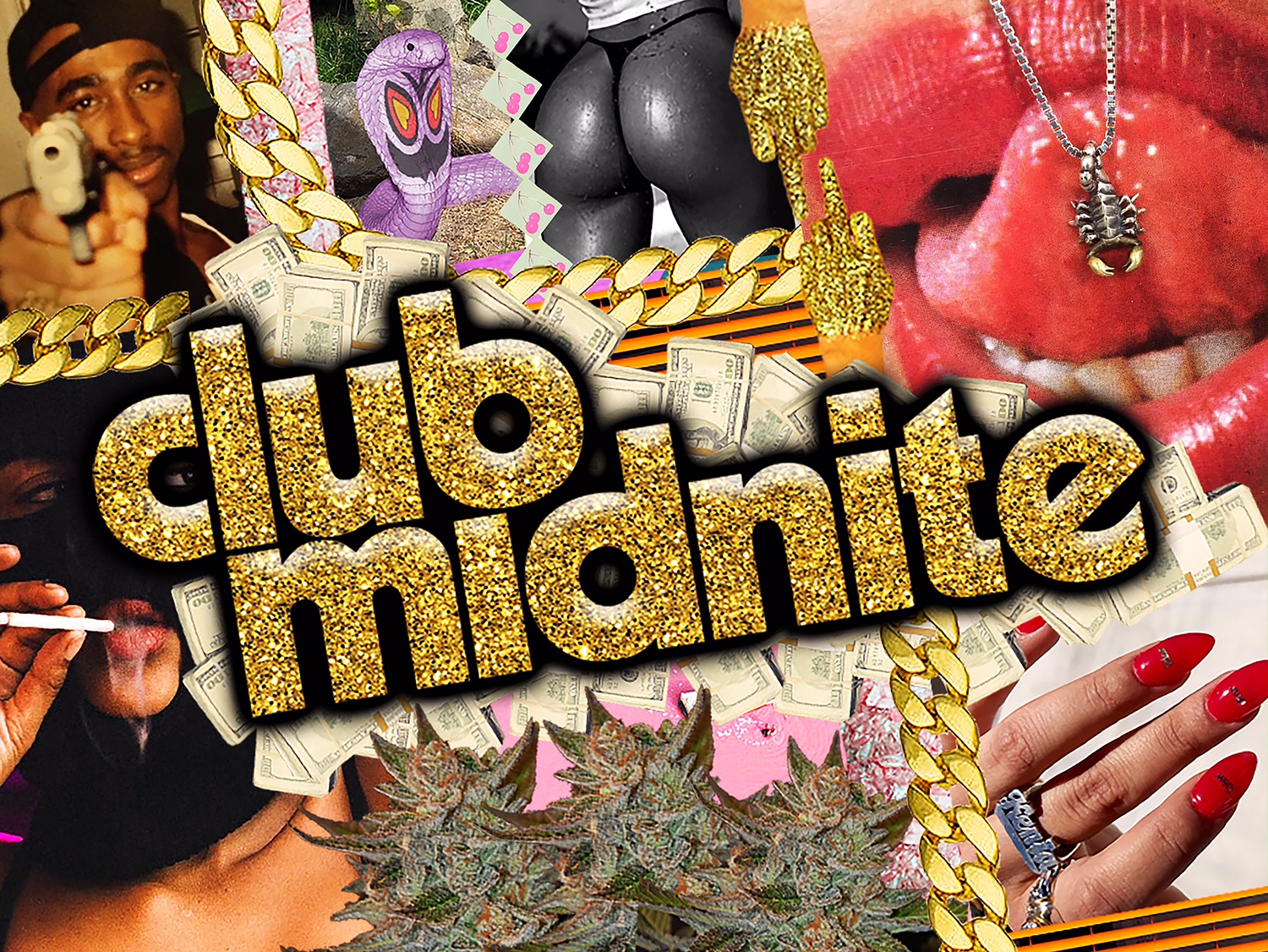 It all started with a deep meditation while listening to Eric Clapton live at the Tokyo Dome 1988, halfway through an epic version of, “After Midnight” … Club Midnite founder, Andy Beaumarchais, had a vision … he wanted to start a party supply company. We’re not talking about folding chairs, tables, linens, and dishes—he wanted to start a company that supplied partiers with what they need to party in!

Andy’s vision was a company that made shirts, hoodies, hats, glass, skate decks, and duffle bags—party gear for the homies, by the homies. With the look and feel of the company in his head, Andy hit up graphic design guru, Bryan House, to complete his vision. San Diego’s own, Club Midnite was born. “It’s James Gang meets Studio 54.” Laughs Andy. “It’s a party supply company for people like us. We smoke weed, we skate, we listen to good music, and we have good times day and night. We want to wear stuff that makes us feel good, look good, and spread a message that life is supposed to be fun.”

On any given day, you can find Andy and Bryan skating Pood’s Park in Encinitas with his ear buds in, probably blasting Steely Dan or Eric Clapton at volume 10. The genesis of Club Midnite can really be traced back to the simple pairing of music and skateboarding, and yeah, some weed, too.

“We make t shirts, hats, bags, hoodies, boards and we mess with glass for sure,” smiles Andy. “I’ve always taken pride in what I’ve worn, but I don’t overthink it, people know if you’re faking it.” Club Midnite has had a fast break from making one logo T-shirt, to now having a full line of shirts, hoodies, hats, and accessories. “I’ve learned a lot at night.” Says Andy. “I didn’t go to much college. I learned everything I needed to know about life after midnight—don’t say certain things, don’t overstep your boundaries, if you can’t handle your liquor—don’t drink, if you can—drink the f—k up.”

Club Midnite is a brand on the rise. They sell their stuff at Pacific Drive Skate Shop in P.B., Grandeur Skate Shop in Oceanside, and on their web store at clubmidnite.com If you see somebody wearing Club Midnite, you can be pretty sure they’re a homie, so yeah, it’s kind of like a club, but the only entry fee is buying a shirt and more-so than just wearing it—believing in it.

Check out @club_midnite on the Gram for more radness.