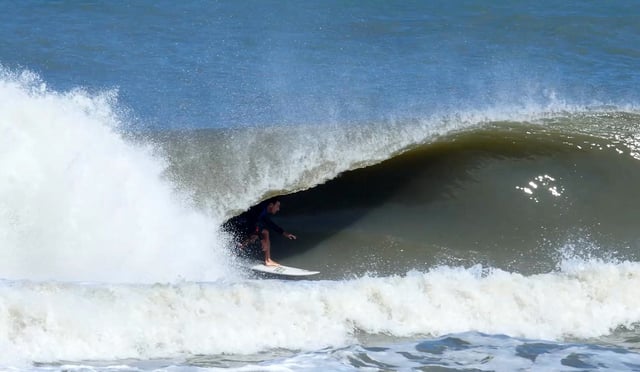 This year’s Hurricane season has been a shocking mix of heaven and hell. For places like Puerto Rico, The Caribbean, portions of Florida, Texas, and Cabo, the damage is heinous and many of the affected areas have yet to even begin the rebuilding process (We urge you to go to WavesForWater.org and donate anything you can to help!). On the flipside of the horror hurricanes have caused this year, one bright spot is the run of incredible waves our friends on the East Coast have been having throughout September and now in to October. Here’s a clip of the SuperBrand absolutely scoring. Watch in awe as Brett Barley, Jesse Hines and Stevie Pittman get pitted somewhere in the Outer Banks, North Carolina.