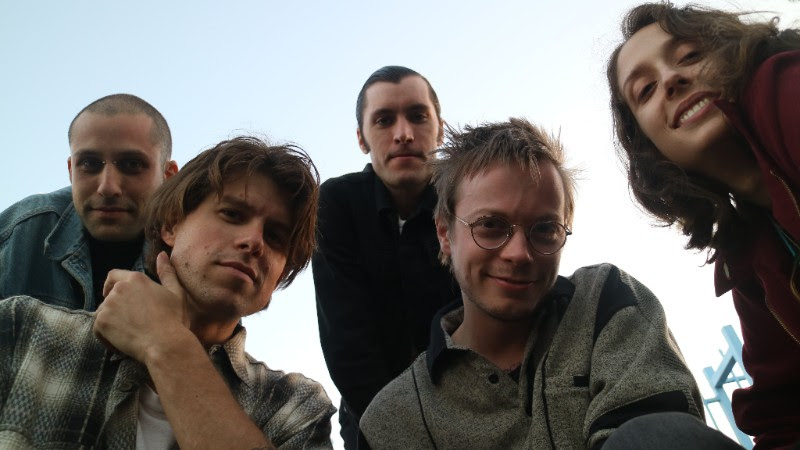 The world is going to hell in a hand-basket, but at least there’s great music being released every damn day to keep us sane is these maddening times. Here are five new tracks we’re loving right now and we know YEW will love them, too. Oh, and quick note: The best way to celebrate good new music is to buy it and go see the band live! Support indie artists and go to venues that put bands like this on stage!—Chris Coté

Luna is a legendary dream-pop band formed in 1991 by singer/guitarist Dean Wareham after the breakup of his previous band, Galaxie 500. Luna is known for its cool and calm vibe, reverb drenched guitar tones, and chilled out vocals. After 13 years of silence, the band is set to release an album of covers titled A Sentimental Education, including this one, “Fire In Cairo” by The Cure. This song is the most famous song they cover on the album, other tracks include “Friends” (Velvet Underground), “One Together” (early Fleetwood Mac), “Sweetness” (YES), “Letter to Hermione” (Bowie)—so, yeah, some random song selections, but you can bet that when given the Luna treatment, each one of these songs will shine. Covers albums are tricky, but for me, this one is going to be an easy one to add to the collection.

Courtney Barnett and Kurt Vile
“Over Everything”

“Stop Dragging My Heart Around” with Tom Petty and Stevie Nicks, “Islands In The Stream” with Dolly Parton and Kenny Rogers, “Candy” featuring Iggy Pop and Kate Pierson … these are just a few examples of duets in rock ‘n roll history. I mention these songs because, when two like-minded, unique, musical forces come together, magic happens. IN the case of Courtney Barnett and Kurt Vile, there’s a whole album worth of duet-awesomeness for you to get lost in. Press release says it nicely, “What started as a loose plan to record a couple songs with no plans for release, turned into this full-length—‘because the vibe was so strong,’ says Kurt.” You can feel that strong connection in the music these two have created. In short, this is a great song and if it’s any indication of how good the whole album is going to be, get ready for the first big-time feel-good record of the fall!

I love hos this song starts with a twinkly, little sparse jangle, then goes in to a slow burn that drives in to a nice rollicking guitar jam with twisted solos intertwining between lead singer, Cory Hanson’s calming vocal styling’s. This song goes to some pretty amazing places, yet still stays in it’s own lane, which I love. I hear a Television influence in this track and I could see these dudes sharing a stage (and they probably have) with Car Seat Headrest, or maybe they could battle Car Seat Headrest! That would be tight. “Blue Cloud” is becoming my favorite song of the week, I’m five listens deep and it just gets better every time.—Chris Coté

Are you in the mood for some jangly indie rock in the vein of Guided By Voices, Car Seat Headrest? If the answer is yes, you should check out Radiator Hospital. I didn’t know anything about this band, but here’s what the press release told me, “The band started as the solo vehicle for Sam Cook-Parrott’s lovelorn hissy bedroom recordings, and evolved slowly over the years into a hybrid of those lo-fi beginnings and an increasingly more stable full-band line up.” So, there you have it, solo dude writes rad songs, forms a band, and viola, good music follows. Radiator Hospital is touring now, go check out https://radiatorhospital.bandcamp.com/ for tour dates and more music.

I’m about to go see TOPS in San Diego this week and I’m very excited. I absolutely fell in love with this band the first time I heard the song, “Petals”, and I love them more with each song they release, including this little ditty, “Marigold & Gray”. This song is brooding enough to signify that, yes, it is the end of summer, but, it’s happy enough to say, “you had a great summer, so let’s remember the good times and move in to Fall with a positive vibe.” This track has a Mac Demarco feel while giving us listeners a little bit of Beach House type drama to the tone—a lovable mix. Oh, and I like the little Ariel Pink shout-out. Go see TOPS when they come to your town! Check https://arbutusrecords.com for info (and buy the record).