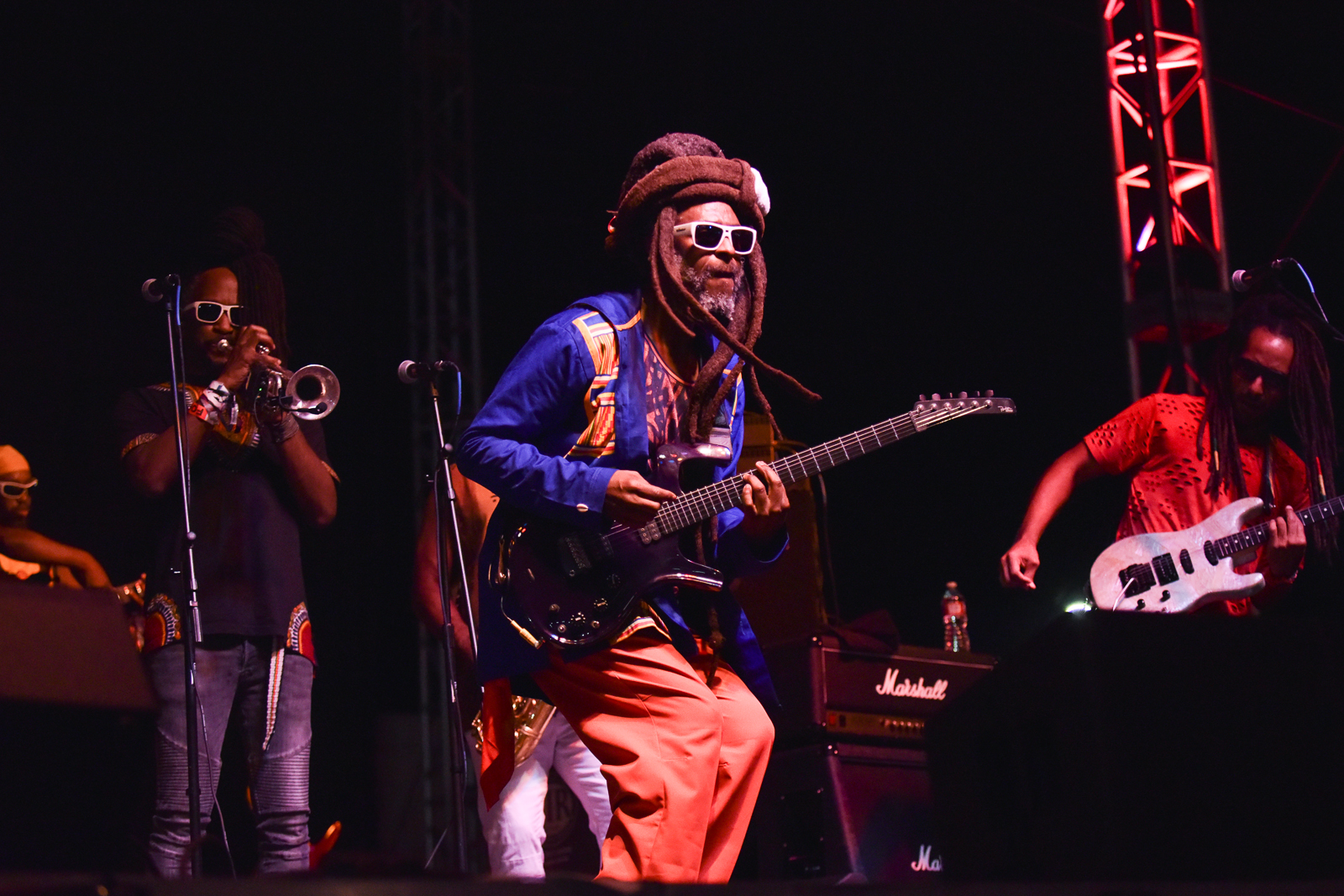 Formed in 1975 in Birmingham, England, Steel Pulse was embraced (both) by devoted Rastafarian believers as well the rebellious punk rockers.

Friday night at Del Mar Racetrack, Selwyn Brown, who joined the band in 1976, stepped out from behind the keys to drop some positive, inspirational words. “Too many times we have been asked to be something else, someone else. But in the end, we are what have always been—a roots reggae band with a message of positivity for anyone who listens with their heart” — David Hinds.