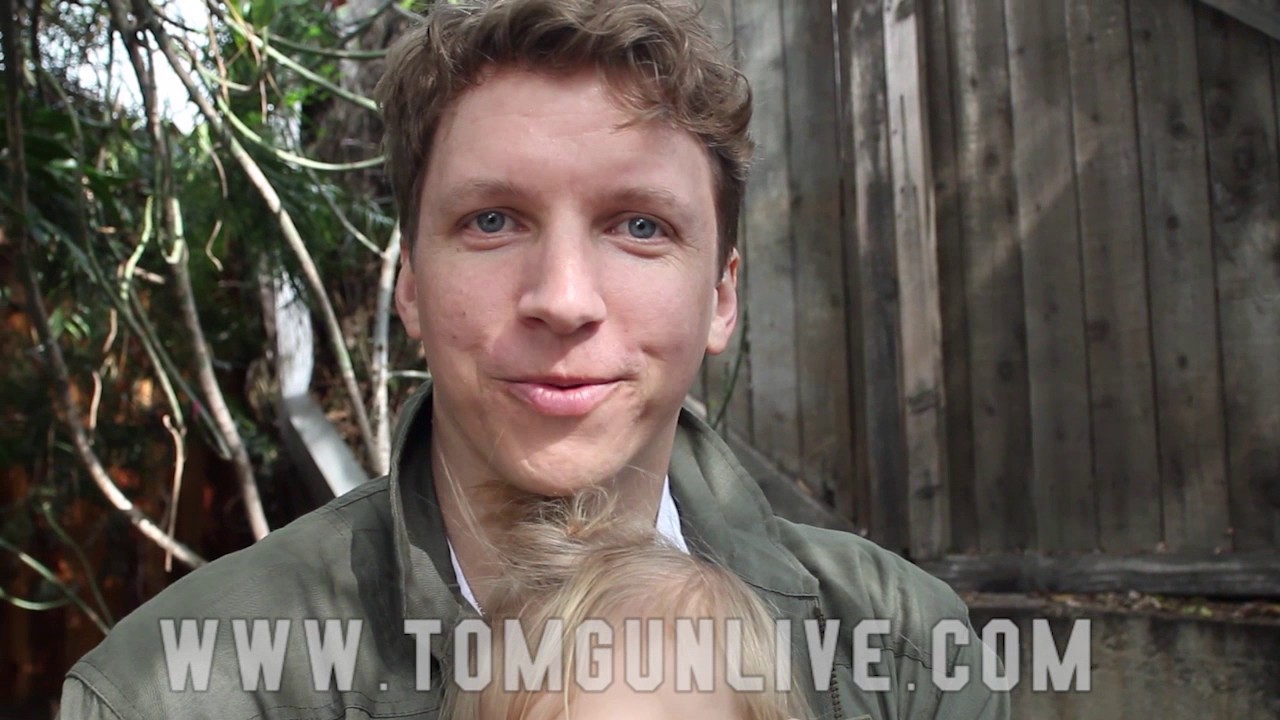 Repeat this sentence with your best deep, voice-over tone: “From the creators of Point Break LIVE, and Terminator Too: Judgement Play, comes, Top Gun Live: A Maverick’s Homage … ” Now you’re prepared for the “hottest, full-immersion absurdist stage adaptation” of the cinematic masterpiece, Top Gun, starring Tom Cruise at the peak of his glory. From the press release:

“Yea, yea, yea… anyone can be a fighter pilot, it really doesn’t take a Rocket Scientologist. But do you have all the right moves to actually throw yourself into the risky business of being Tom Cruise, Top Gun Fighter Pilot for an evening? Hailed as, Hailed as, far and away, “The best stage show EVER!” by HollywoodLife.com, every performance of Tom Gun LIVE! A Maverick’s Homage is staged as Tom Cruise’s birthday party, but Tom’s flight is running late. Your mission, should you choose to accept it, is to join a few good men, and ladies, to step up and carry the show as Tom Cruise – until the ‘real’ Tom Cruise arrives – through multiple karaoke sing-a-longs; dance offs; audience-fueled paper airplane battles; performers and missiles zip-lining high above the crowd; sultry displays of glistening buff man abs and asses ripped and hardened by countless beach volleyball games; and, of course, bogeys of unidentified flying liquids.”

Much like the famed, Point Break LIVE! spectacle, audience members are strongly encouraged to participate. Come to the show dressed as their favorite Tom Cruise character from any point in his career, from BVD’s, Seafarers, tube socks, and a button down shirt; clandestine spy; Naval Officer, Unicorn savior or Union Soldier. Not only will the audience select the evening’s Maverick, but additional Tom Cruise-costumed audience members will be plucked from oblivion to live out their very own iconic, and highly improvised, Tom Cruise alter ego characters in very special onstage scenes in each one-of-a-kind performance. Yes, you read that right, YOU could be the star of this show! But wait, there’s more! Unlike Point Break LIVE! where one person is chosen from the audience by ‘Applause-o-Meter’ to helm the leading man role, this show will pick four Tom Cruise-wannabes from the audience to strut the right thespian stuff to honor the living legend Tom Cruise as they read his iconic lines off cue cards. Top Gun: A Mavericks Homage opens it’s world wide run of shows with a one-night stand at San Diego’s Music Box on August 27, so, if you have a need, a need for speed, you better be there, and who knows, maybe you’ll get to be Maverick! Dreams come true at Top Gun: A Maverick’s Homage …

For more info and tickets: http://www.tomgunlive.com and check out other epic shows coming to Music Box SD at http://musicboxsd.com