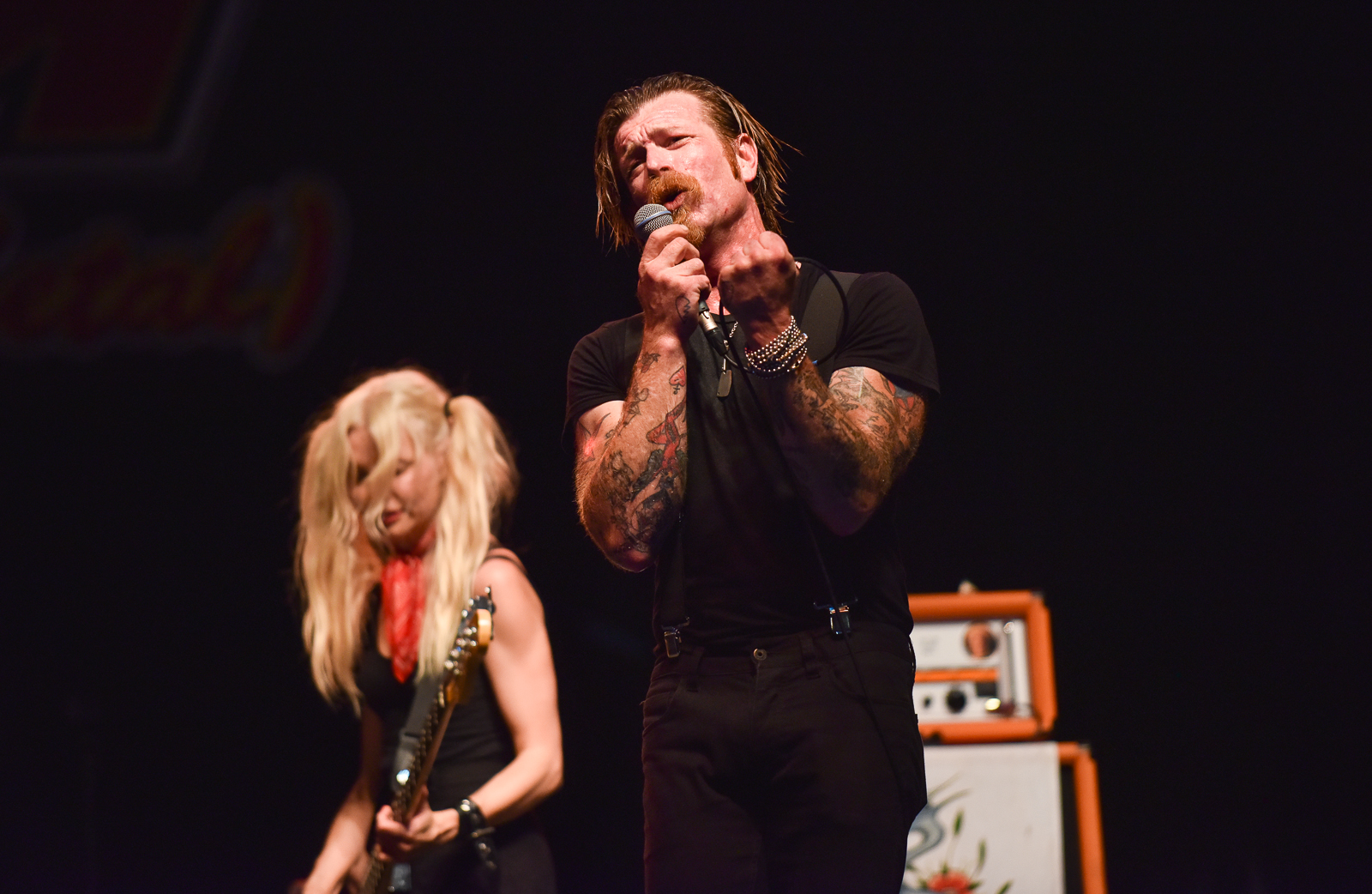 Friday night, EAGLES OF DEATH METAL locked in and delivered an all-time set at the Del Mar Racetrack.  Part of the Summer Concert Series, the fast-paced, frenetic show was FREE with racetrack admission. Founder / frontman Jesse Hughes brought the electricity as he rocked, shimmied, and prowled the stage all night. From a Flying V to badass bassist Jennie VEE … Important to note, this show marked EAGLES OF DEATH METAL‘s first appearance in San Diego since the horrific Paris / Bataclan event on November 13, 2015, where 89 Parisian fans were slain by Isis terrorists during their sold-out performance. All photos by Pete Santos Photography.