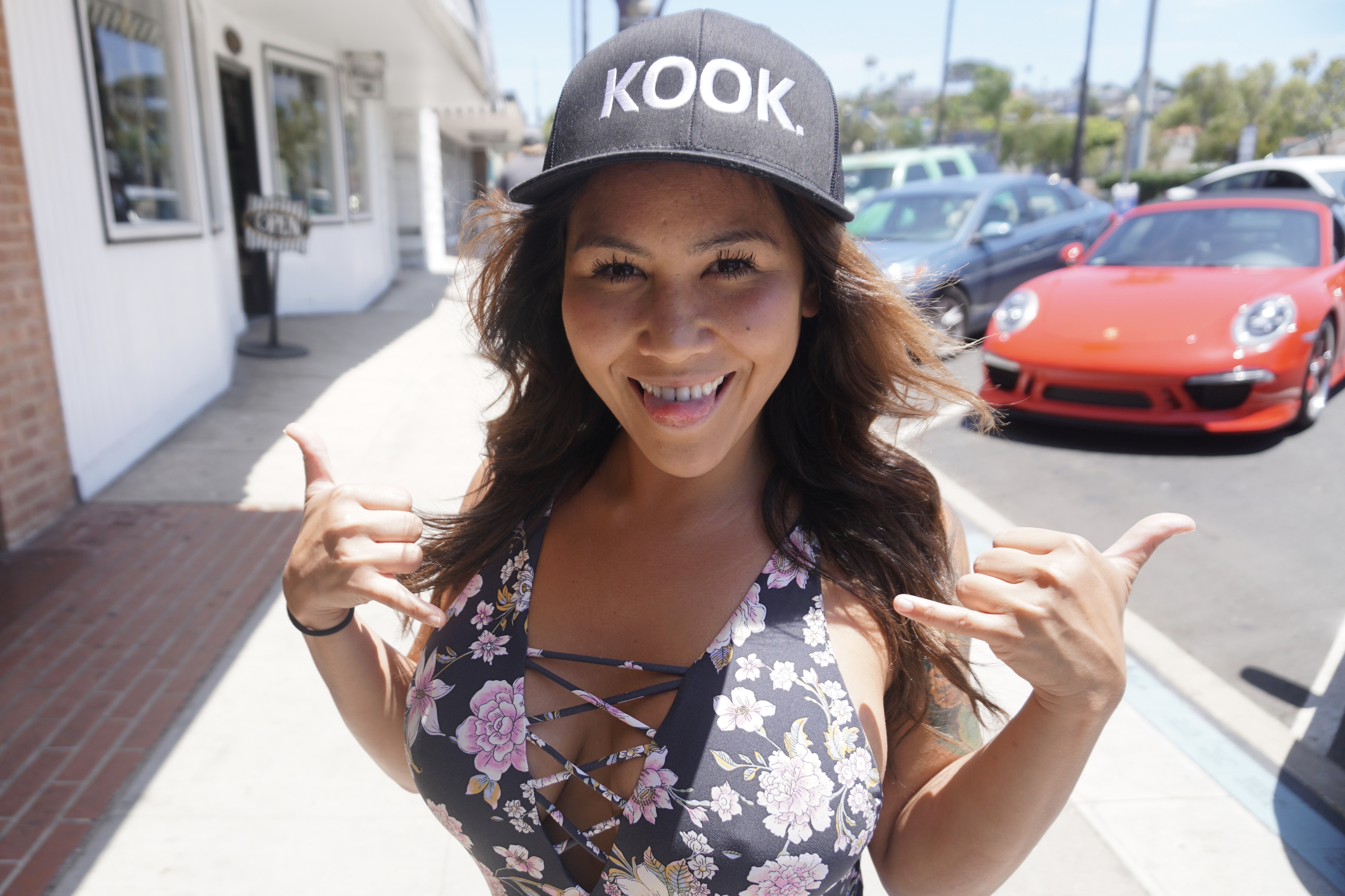 InstaGram has changed the game when it comes to the daily viewing of kooks, wipeouts, weirdoes, wild antics, and bros “sending it.”  Back in the day, we had to wait for new episodes of America’s Funniest Home Videos to see sack slams, kookouts, knockdowns, and fails. Now, just look at your phone (but not while driving) !!

While there are thousands of IG accounts dedicated to fails, freaks, and female forms, we all know, Kooks rule InstaGram. Here are our favorite Kook Instagram pages. Tagline: the Kook of the Day

“Kooks are encountered on a daily basis, don’t be offended we’re all Kooks in our own way. Est. 2010”

This originator of kook pages, Kook Of The Day started off featuring mainly photos of “kooks” standing in line at the bank in their wetsuits, driving down the street with their soft top surfboards awkwardly hanging out of the side window of their cars, and of course SUPers getting pitched, dudes dodging barrels, and beach goers with bad tan lines. Now, you’ll find all kinds of “kooks” being tagged! Everybody on the planet does at least one or two “kook of the day”—worthy things per day, and when you do, if it’s on film, you will probably be tagged as a #kookoftheday, it’s actually become quite the compliment. Tagline: “Curated kook slammage. DM or email kookslams@gmail.com for a chance to be featured. kookslammage.myshopify.com”

The undisputed king of InstaGram kook videos, @kookslams is a global sensation, even having an entire episode of Workaholics dedicated to it (season 7, episode 3.)  At first, @kookslams was dedicated to surfers kooking it, but now, there is every kind of slam being done by every kind of kook. Rope swings, car crashes, bike bashes, skim slaps, wakeboard wrecks, skateboard suffering, and yes, still a good amount of surf kookage! The videos on @kookslams range from silly to downright brutal, but they all have one thing in common, when you hit play, you’re about to watch someone slam, and that usually makes you feel better about yourself, a win-win InstaGram situation. If you consider yourself a surfer, being called a “barrel dodger” hurts much more than being called a kook. A barrel dodger is someone who has the opportunity to find themselves in surfing’s Shangri-La, but finds themselves somewhere outside of the tube looking in, kooking it. BUT, there are exceptions to this rule because a lot of the photos here are of the world’s best surfers dodging some of the world’s best tubes. So it’s not just you (or me,) even the big dogs dodge tubes, and it’s always fun to see them get called out for it. Brilliance comes in many forms — in the case of @worldsurflols, the brilliance is displayed through incredible Photoshop work created to poke fun at the world of competitive and big wave surfing. Some of the creations these guys make are so realistically ridiculous that 90-percent of the public has no idea that this shit is fake, which makes it so awesome! You know it’s a viral hit when you’re aunt or mom sends you a photo of Julian Wilson surfing on a shark saying, “This is incredible!” We love @worldsurflols !! I’m not super familiar with @surfslams, but what I do know is a lot of people out there love nothing more than to watch somebody slam. I like it, too, but I don’t actually like watching the slams where people get hurt, but I guess you can’t have you cake and eat it too. Anyway, I just looked up slam on the Gram and this is something that popped up and just like that, I’m a fan and a follower of @surfslams, hopefully I never wind up appearing on this page, though. Lachlan Patterson and Joe Praino are two seriously funny comedians who own up to the fact that they are total kooks! They have a podcast called KooksOfComedy that features comedians and surfers. These two hard working comics post jokes, silly ass photos of themselves, and updates on when/where they’re doing comedy. I’m surprised they don’t have more followers because these dudes are actually funny AF! Tagline: “Surfing is my life. I live, breathe and eat surfing…but I mostly eat it.” Art produced by Bob Penuelas.

Wilbur Kookmeyer is and always will be the king of kooks. Wilbur’s creator, artist Bob Penuelas is an absolute legend. Wikipedia says, “Wilbur Kookmeyer is the title character of a cartoon strip by Bob Penuelas which first appeared in Surfer magazine in 1986. Wilbur is a kook, a wanna-be surfer of limited skill. He wants to be cool, but remains dorky.”—the story of our lives! I love Wilbur and when I was a kid, I would bypass all actual surf photos in Surfer Magazine and find Wilbur first, then go through the rest of the mag after soaking up what Wilbur taught me that month. Follow @wilburkookmeyer for old and new Wilbur comics! Oh, and go to www.wilbur-kookmeyer.com and buy some Kookmeyer stuff! Consider yourself getting in to the @kookstorm on the ground floor here. With only 178 followers, you can be in on this funny Gram page before they even get their first “K”! All kook memes all the time here on @kookstorm and if you live in Pacific Beach, Mission Beach, La Jolla, etc.—you’ll be extra amused. Some funny stuff on here and I like the logo. I think these dudes retrofit softboards with AstroTurf! Oh, shit, they do. I want one.