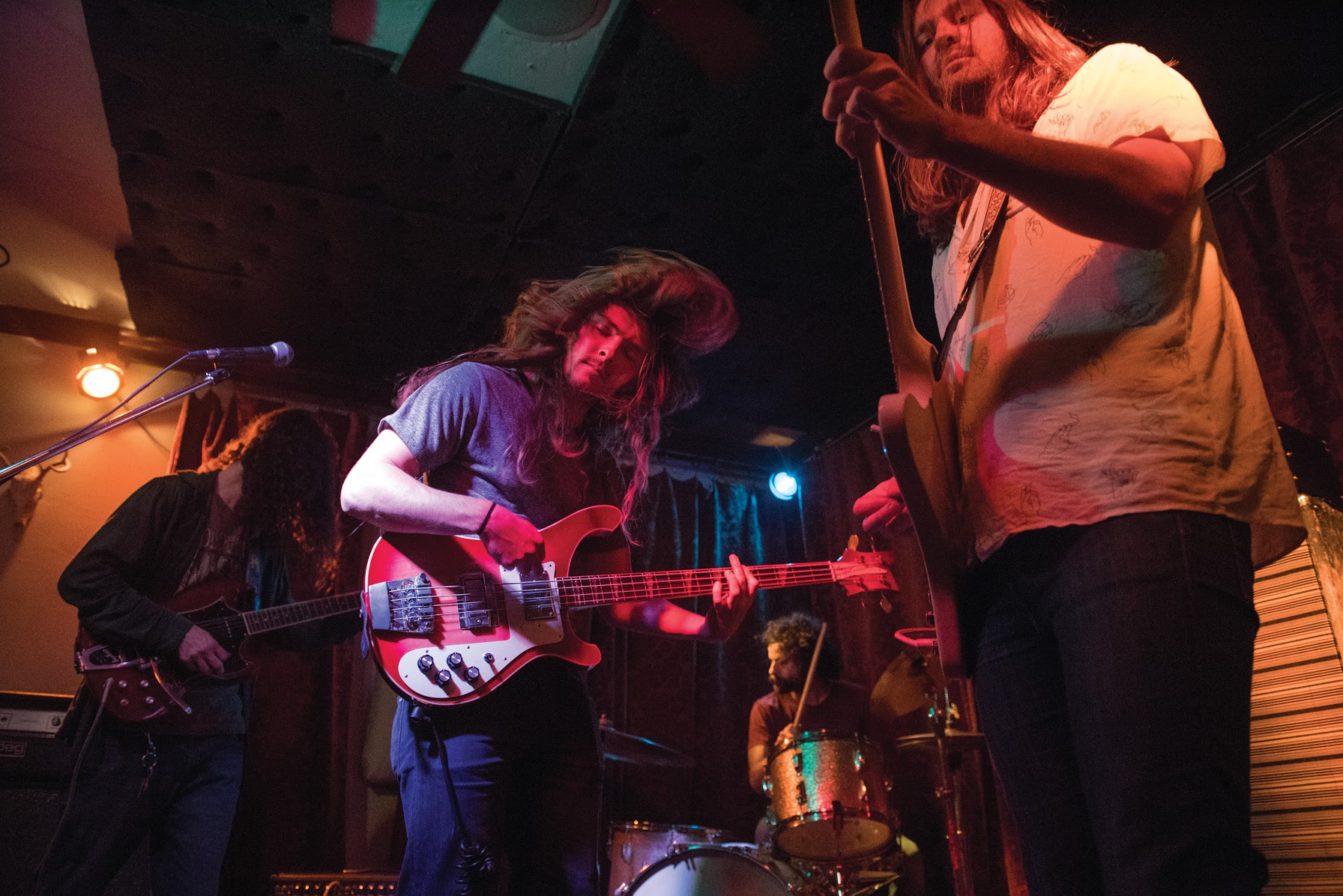 The San Diego music scene has always been an incubator for eclectic musical styles. North County, in particular, has become ground zero for a healthy psychedelic rock scene with an incredible array of psych-sounds blasting from every nook and cranny.

One band that started its rise through the ranks of the San Diego psych rock elite is Encinitas’ very own, Monarch—a band that’s definitely a part of the current psych rock movement. Monarch, however, is a bit different. This band has taken cues from psych and prog rock, but has been able to tweak their sound to offer up something a bit more inviting to a broader spectrum of listeners. “We love psych rock,” said guitar slinger and singer, Dominic Denholm. “But I feel like we draw as much from The Allman Brothers as we do from Earthless.” A band that celebrates The Allman Brothers and Earthless? Yes, please! Monarch was formed at San Dieguito Academy by a five teenage friends who shared a love of skateboarding, as well as shared eclectic musical tastes that included bands like The Misfits, Talking Heads, The Ramones, and Bowie. “We all loved similar music,” said bassist, Matt Weiss. “When we started getting old enough to go to shows, we all realized pretty quick that we wanted to be in a band.”

The crew started casually jamming and through a casual conversation with Chris Strickland, who at the time booked bands at The Saloon—they got their first gig. “It was kind of a passing comment about an open show date,” smiled Dominic. “I remember it so clearly, though. Chris said he had an open date on March 17th, and I said, ‘Yes, we’ll do it.’ I told the band we had our first show!” The band made up its name “Monarch” the day before the show so they had something to put on the flyer. That was just over three years ago, and Monarch hasn’t looked back.

After that first show, the band coalesced into a rock and roll machine. Soon after, they moved into a rehearsal space in Cardiff, and that’s where the magic started to happen. Within a year, Monarch wrote the songs that became their self-titled EP. That first effort led to the group getting signed by El Paradiso Records out of Denmark. Monarch’s first full-length album, Two Isles—released in July of 2016—is a progressive psych rock epic with songs that’d appeal to psych-snobs as much as they would to casual classic rockers.

Monarch just got back from touring the West Coast of the USA, with hopes of heading to Europe next summer. At this point, the band is a total D.I.Y operation—meaning that they book their own shows, drive their own van, work two jobs each, and are their own roadies. Ah, the glamorous life of a budding rock band. Watching Monarch live is a transcendent experience. Every song is a sonic blast with guitars snaking wildly and then in unison, drums kicking hard, bass thumping along like thunder, and singing that comes through in waves. Simply put—they jam, man.

Our best advice would be to catch a Monarch show as soon as possible, and get yourself a copy of their latest release, Two Isles, on vinyl. These local rulers won’t be just Encinitas’ favorite band for long, we see Monarch soaring into the big leagues in the not-so-distant future.

Check out facebook.com/MonarchBrothers for more Monarch