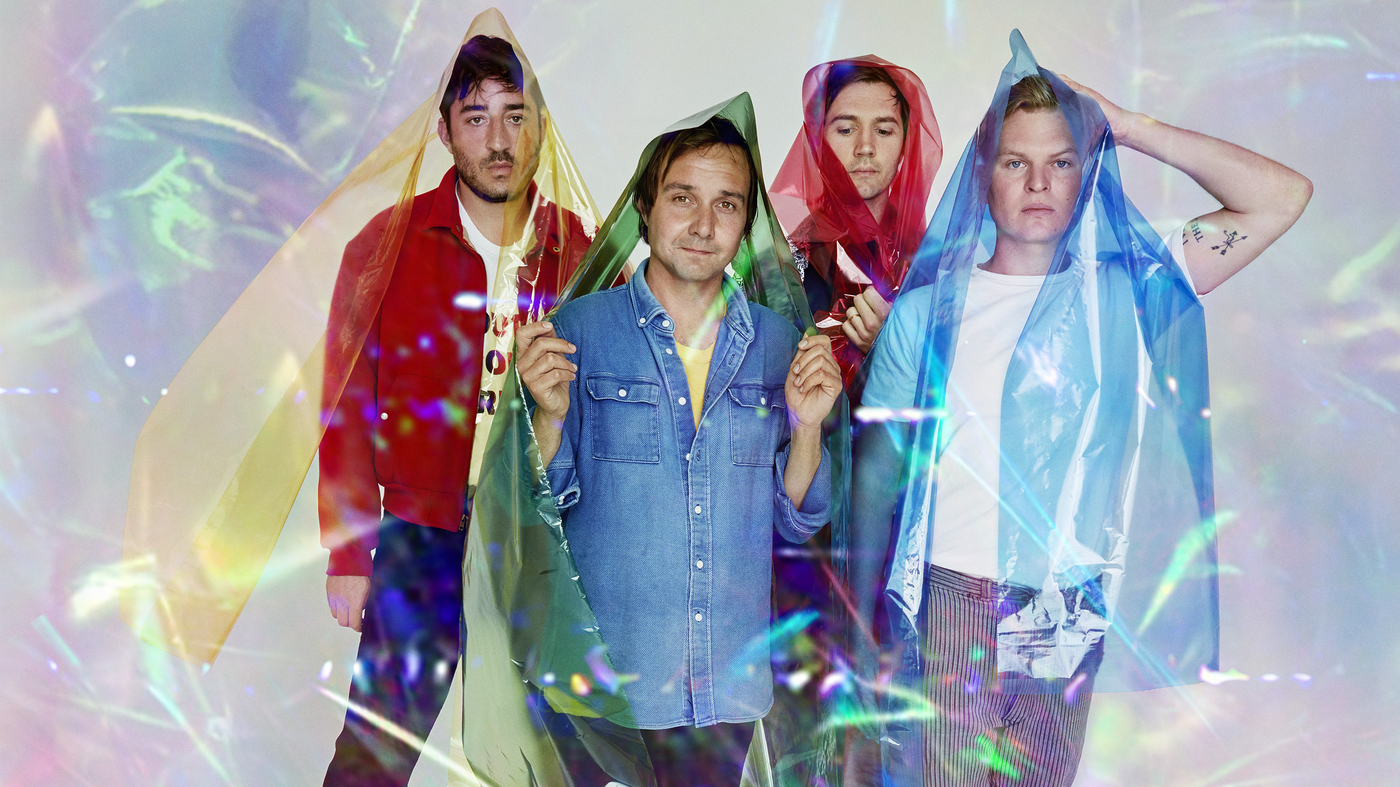 For decades, new music was released every Tuesday.  Before then, Monday had been the long-standing release day for new jams in the U.S.  As of 2015, new music comes out every Friday, but YEW!‘s Coté + Cantore need the weekend to marinate, consume, and digest these audible delicacies before recommending them to YEW!

That being said, from ATRIARCH to ALGIERS to WAVVES,  here are 5 New Music Picks For YEW! (Week of 6/19):

When I read the words, “ritualistic, apocalyptic noisemakers, mind-altering, doom-soaked, death rock”, all in the same sentence describing a band, I’m immediately interested. I mean, who doesn’t like venturing “into the blackened abyss with haunting incantations, exotic drones, and crushing aural experimentations that boldly embrace death’s cold heart”?  ATRIARCH mixes elements of post-punk, gothic doom, black metal, sludge, and noise to create an epic soundscape that is not for the faint of heart. If you’re a fan of Neurosis, OM, Christian Death, or even The Melvins, you’ll be able to jive with this madness.  I’m so psyched on this band and just by listening for 30 seconds, I can tell that they’re going to be a force to be reckoned with when they play live, can’t wait to see these dudes destroy a stage hopefully very soon.—Chris Coté

The 20th anniversary reissue (OKNOTOK) of OK Computer pairs the original album with eight B-sides and rarities that were recorded during the same era — some previously released, others being released for the first time.  Performed live in the past, the previously unreleased songs include “I Promise,” “Man of War,” and “Lift.”  Of the three, “Man of War” is the best track, but “Lift” made this grown man cry.  Simply, this is Radiohead at their best. — chris cantore

Washed Out / “Hard To Say Goodbye”

I think we’ve found a new entry for the “Top 5 Songs Of The Summer” list everyone is putting together. “Hard To Say Goodbye” by Washed Out is a wonderful little ditty that is as inspired by house music as it is by the Beach Boys. This upbeat jam is absolutely perfect for the beginning or ending of a lazy summer beach day. Crank this tune, and close your eyes, you’ll be transported to a super hip roof party with scantily clad Brooklyn-ites swaying to the music. Or better yet, you’ll see images of a hipster beauty skipping along the beach with her hair flowing in the breeze as the sunset silhouettes her body. To be honest, this song is making me horny.—Chris Coté

Algiers / The Underside of Power

The second album from London/Atlanta four-piece Algiers fuses classic 60s soul with post-punk experimentation.  Filled with bleak lyrics carrying troubling political themes, singer Franklin Fisher recently said in an interview “we started recording right around the time Brexit happened and finished the album’s mixing and mastering right around Trump’s inauguration.”  That being said, it ain’t all negative — The Underside of Power does offer glimmers of hope and listening to this album will make you feel smarter while putting more hair on your chest and/or genitals.  — chris cantore.

Wavves is a band that started out as pretty straightforward indie-punk, but have transformed in to a much more complex and harder-to-pinpoint musical force. This new track illustrates this band’s current direction perfectly. “Stupid In Love” is an exploration in to noise-rock, trashy-indie rock, and almost has a post apocalyptic surf rock tinge to it—all of this probably didn’t make much sense, but neither does this song, and that’s a good thing! Fans of Animal Collective and Flaming Lips will be down with this track, I’m down with it, too. This song is a beautiful mess and the more you listen, the more you’ll like it.—Chris Coté

The third song from their forthcoming album Painted Ruins, due in August, Grizzly Bear’s Daniel Rossen recent told Pitchfork that he wrote the song from the “perspective of a homeless person sleeping in the driveway of a place he was staying in L.A., but broadened to encompass his thoughts about the refugee experience and life during wartime.”  Heavy.  Like everything the indie rock vets touch, “Four Cypresses” methodically sways through musical bliss — whatever that means. chris cantore