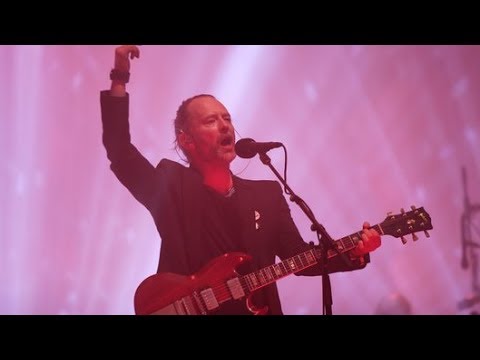 I mention not to brag, but to provide context when I say their 2017 Glastonbury set was the best show I’ve seen on their current jaunt, and one of the greatest performances of their quarter century career.

Radiohead don’t do nostalgia shows, but, following a tight, career-spanning setlist (including ‘Creep’) Friday night at Glasto,  it’s the closest thing I’ve seen to one.  Furthermore, with an extra emphasis on OK Computer (celebrating its 20th anniversary,) the band seems to be playing with more purpose, and Thom Yorke, more fury — after all, given recent events in the UK, there’s a lot to pissed off about.

YEW can also listen to an audio recording of the set here.