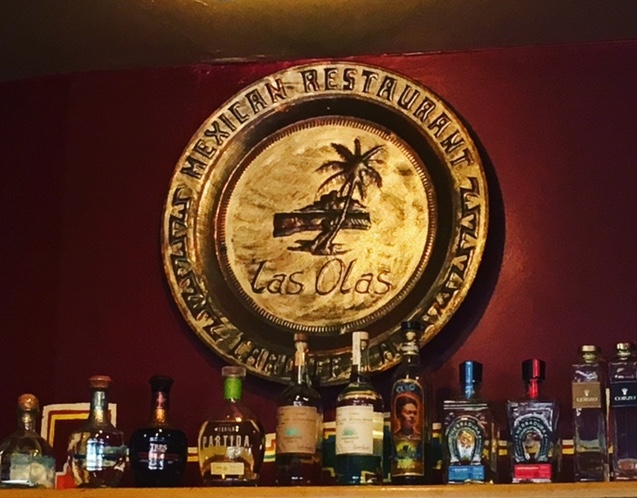 It might be my fault that the best margarita I’ve ever had no longer exists.

A couple of years back, I wrote an article for a high-profile website profiling the best margarita in a county that should be full of great ones. El Callejon’s bar in Encinitas served the classic Marg: a 3-2-1 (that’s 3 parts tequila, 2 parts triple sec and 1 part lime juice) bomb, adored by the locals, and a secret to much of the outside world. I was a…the word “addict” seems a bit much, so we’ll say “superfan”. My wife Kelli and I quickly became Happy Hour regulars; we’d take our seats at the bar and no orders were necessary – the bartenders know what we were there for when we walked in the door, and had ’em ready and waiting by the time we found our stools.

A few months after that, El Callejon closed down, taking my favorite margarita with it. And there’s been a tumbler-sized hole in my life ever since, accompanied by a nagging guilt; I’m convinced that by writing that article I somehow jinxed the place. At first, I was buoyed by the fact that this is San Diego, and there should be dozens of great margaritas within 20 minutes’ drive. We have the best damn Mexican food on the west coast – arguably in the entire country – and by all logic we should have the best damn margs to wash that food down with. San Diego and all of the surrounding towns should be the American epicenter of the tequila cocktail: Marg City, USA. El Callejon’s margarita should have been the norm, and not the outlier.

It’s been a year and half, and we’ve yet to find one that comes close. But by God, I’m going to try. And I’ll be documenting my quest here at Yew! My first stop: Las Olas, in Carlsbad.

This Las Olas isn’t the one you’re thinking of. That one is in the hinterlands between Cardiff and Solana Beach. The beachfront Las Olas is not what I’d consider a Margarita Stop. The bar is simply too small, and the crowds are ever-present – even on a Monday, when Kelli and I decided we needed to check it off The List. (Yes, there’s a list – all of the places that might serve a margarita that could replace our beloved El C’s. Food, of course, would be a consideration – any place that didn’t serve free chips and salsa would be immediately dropped. Yes, there are Mexican places that charge you for chips. There is a place in Hell reserved for their evil, money-grubbing owners.)

The Las Olas Carlsbad bar is small; there are 12 seats, and we scored two without a wait. Immediately a bowl of chips – scooped right out of a warmer behind the bar – and a ramekin of salsa was placed before us. This is a good sign, I thought. The Velvet Underground’s “Who Loves The Sun?” came up on the bar’s playlist. Another good sign. The bartender’s name was Sam – of course it was – but she was no Ted Danson, instead bearing a striking resemblance to Amy Poehler, with the personality to match. We ordered two House Margs – $5 during Happy Hour. “Taller for a dollar?” Sam asked. Served in a pint glass, she meant, for a buck more. Was this a good deal? What would the tequila ratio be? Sam saw me thinking. “It’s about 1.5 shots per glass” was her quick answer. “I was told there’d be no math,” I replied. Taller it was; on the rocks, of course. With a side of nachos, of course. Into the glasses went a generous pour of El Jimador tequila (I don’t want to get Sam in trouble, but it certainly looked like we’d be getting more than 1.5 shots), a splash of unidentified triple sec, and a blast of sweet and sour mix from the bar gun. The last was a strike against this drink, as I’m a purist – for a marg to make my Best List it has to have real lime juice. But the sweet and sour mix wasn’t syrupy, and the taste of the tequila punched through. All in all, the Las Olas margarita was a good effort. It’s a solid marg that’s a step above the sugary Prestone-colored swill preferred by Midwestern tourists and Sacramento grandmas. (And a note about the nachos, pictured above. See those jalapenos? They’re diced. As they should be. Sliced jalapenos overpower the flavor of everything they rest upon. The next you make nachos for your friends, dice the jalapenos. You’ll be hailed as some sort of goddamn Alton Brown-esque cooking genius.)

The second marg went down as well as the first, and we left happy, the voices of Alan Jackson and Jimmy Buffett serenading us with a message of hope. “It’s five o’clock somewhere,” they sang. Indeed. And somewhere out there in San Diego county, the perfect margarita awaits.

Jason’s quest to find the Perfect Margarita will continue. Know where he can find a good one? Let us know in the comments below! Jason Avant is Yew!’s Human Swiss Army Knife of Content. He’s been the managing editor of a bunch of websites, has written stuff for a bunch more, and has worked as a content strategist and social media manager for a few companies. He is a mediocre surfer, an even worse rugby player, rarely shaves, and usually needs a haircut.