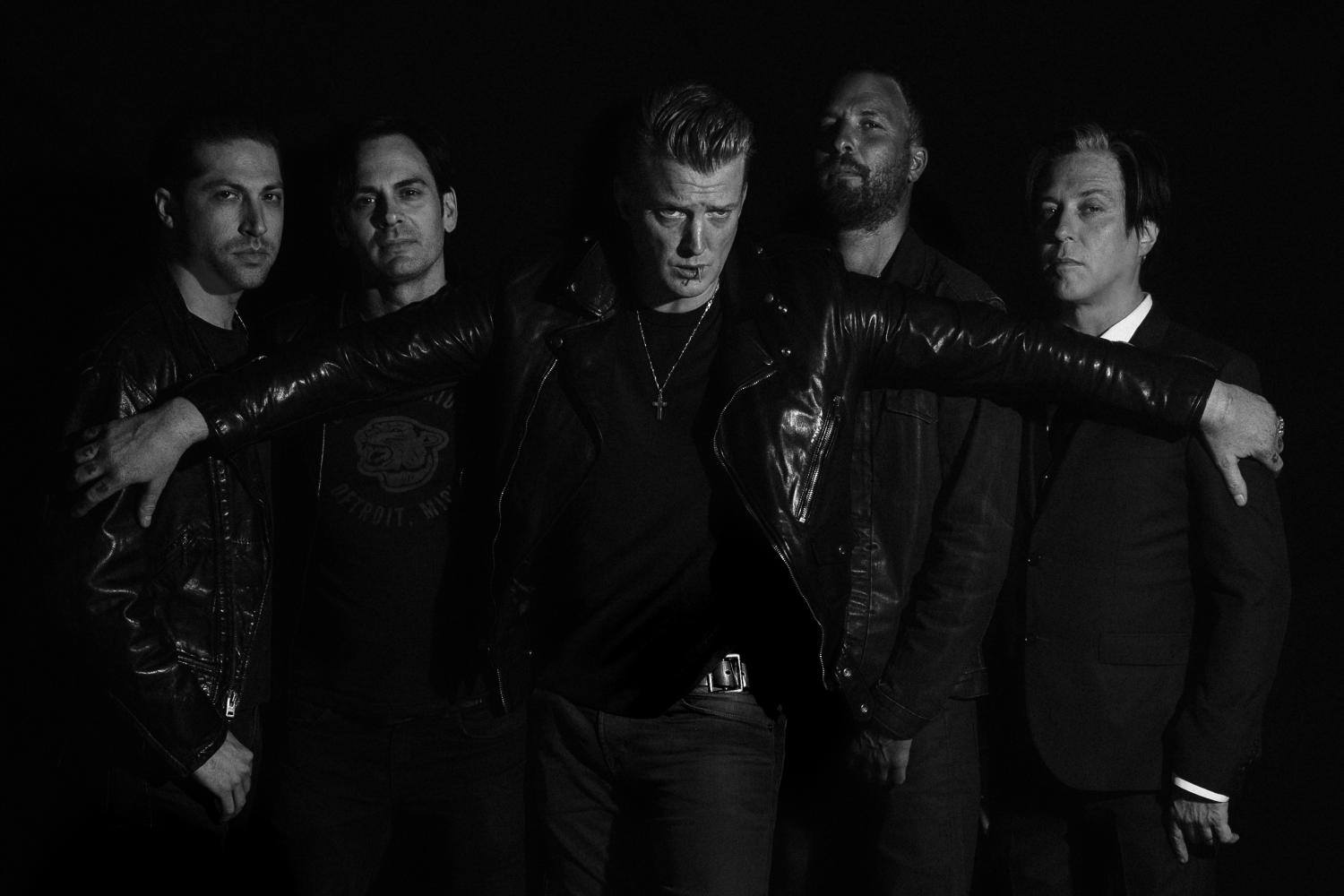 For decades, new music was released every Tuesday.  Before then, Monday had been the long-standing release day for new jams in the U.S.  As of 2015, new music comes out every Friday, but YEW!‘s Coté + Cantore need the weekend to marinate, consume, and digest these audible delicacies before recommending them to YEW!

That being said, from QUEENS OF THE STONE AGE to THE KILLERS to ROYAL BLOOD, here are 5 New Music Picks For YEW! (Week of 6/19):

Queens of the Stone Age / “The Way You Used To Do”

In a mainstream world short on rock-n-roll bands, thank YEW Queens Of The Stone Age for bringing the desert heat for 20 years. “The Way You Used To Do” is the first single from the Mark Ronson-produced Villains, the band’s seventh album due Aug. 25.  Regarding the title of the new album, frontman Josh Homme (AKA coolest dude on the planet) says “everyone needs someone or something to rail against — their villain — same as it ever was. You can’t control that. The only thing you can really control is when you let go.”  — Chris Cantore

Matthew Logan Vasquez (also the frontman of Delta Spirit) has been dropping some incredible solo stuff for the past few years and all of it has been great, and his latest track, “Fatherhood” carries on that tradition of awesomeness. Just in time for Father’s Day, Vasquez penned this emotional, uplifting jam about becoming a dad. In it, he sings, “All the joyful steps we took/leading us to fatherhood”—such an epic song. In a recent interview with American Songwriter, Matthew said that “Fatherhood is the song I wrote in the weeks leading up to my son Thor’s birth.” As a dad myself, this song perfectly captures the joy, fear, anticipation, and emotion your go through as you come up on the biggest moment of your life. Thank you for this song, Matthew; it’s a gem.—Chris Coté

Holy shit, the third LP from Seattle’s indie-folk darlings is absolutely gorgeous.  Guaranteed to be one of the best albums of 2017, it’s filled with lush ballads and epic anthems — which will channel a variety of emotions.  Even Father John Misty chimed in on their first new release (since leaving the band five years ago) calling ‘Crack-Up’ “an incredible album.”  Agreed. — Chris Cantore

The Killers / The Man

Are The Killers in the guilty pleasure column? I’m torn because I actually love these dudes and I’m not sure it’s okay to openly admit that in my circle of music snob friends. Aw hell, screw them, I’m a Killers fan! There, I admit it. This new song is yet another reason to love these guys. “The Man” is a crazy ass 80s style anthem that could have easily come out in the late-80s, mid-90s, or today. Almost sounds like this is a modern day Bond theme meets an old Billy Squier track with some Duran Duran and Queen thrown in for good measure—sounds wild, right? Just listen to the song; it’s glam, pop, funk, sex rock. Some people will hate this. I don’t. I like it; it’s so weird, and I like weird.—Chris Coté

Royal Blood / How Did We Get So Dark?

How did we get so dark ? Great question, Royal Blood.  The U.K. garage rock duo haven’t mellowed out since crushing it with their 2014 debut. Instead, on their second LP, Mike Kerr and Ben Thatcher turn up the fury on their established template to thrilling results.  “I think I was thinking of The Hives or something,” Kerr told The Daily Telegraph of lead single “I Only Lie When I Love You”. “I was thinking of The Rolling Stones and being 16 when I was making it, something that was more roll than rock.” — Chris Cantore