Editor’s Note: Several days ago, Yew! Crew member Bob Driver came across a tweet about the (HUURRRRRRRRRRRRRRK) L.A. Chargers’ chances for success this upcoming season. He has some thoughts.

Like many sports minded dudes my age, I get much of my favorite team and player news while sitting on the toilet, via Twitter. So with that image firmly planted in your brain, imagine the $hit-sized response I had to this tweet! 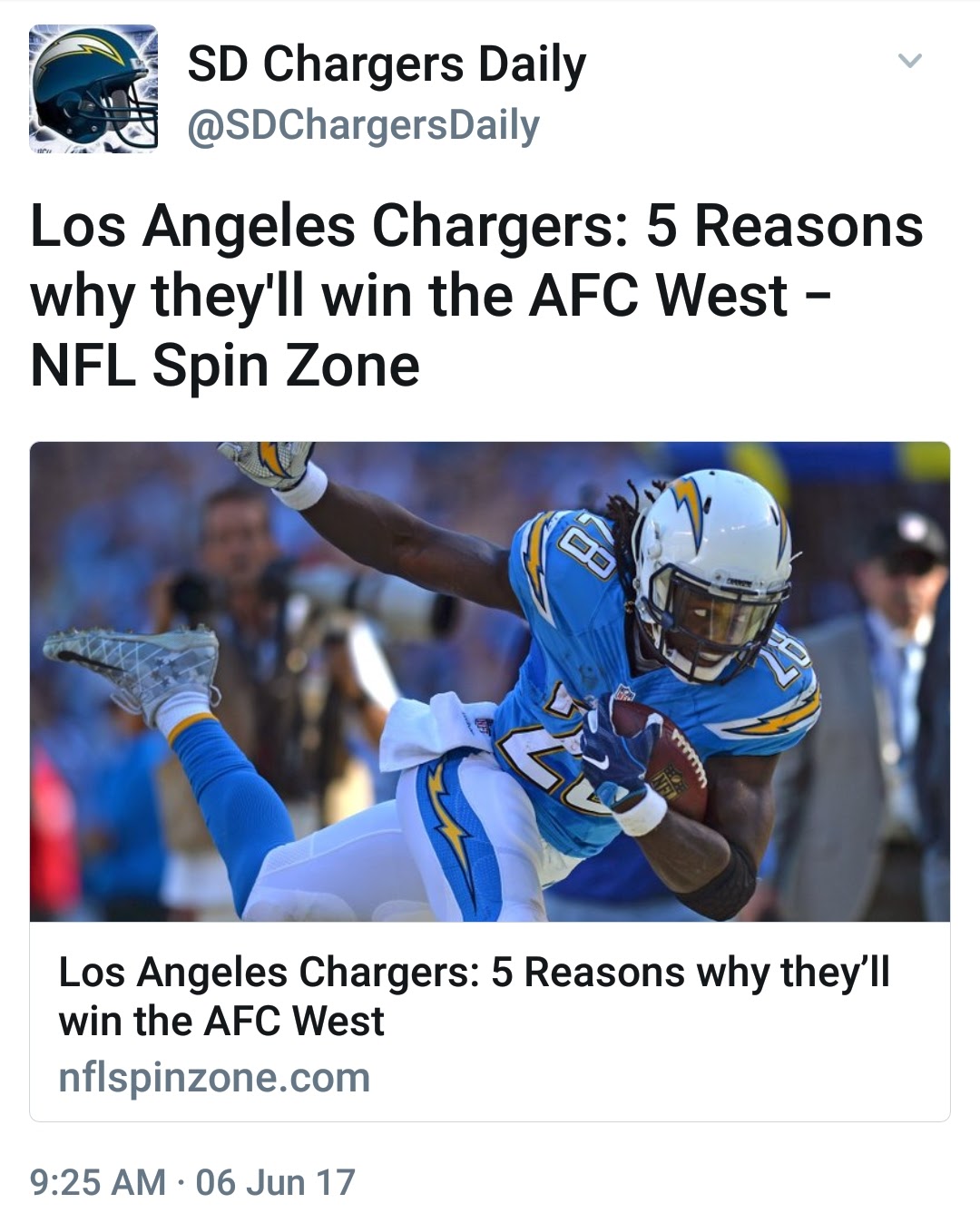 First off, as a lifelong San Diego Charger fan who still worships at the altar of “Air Coryell”, I will never get use to those identifying precursors: “Los Angeles”. Those two words fill the back of my throat with the foul taste of bile. My wife has filed suit against the L.A. Chargers for causing my chronic halitosis!

“When the 2017 NFL schedule was announced in April, Chargers fans everywhere should have been rejoicing. This has traditionally been a team that struggles down the stretch run of the season, but I don’t see that happening this year.”

Derek, I looked you up, and you seem like a nice kid. But. You are from Louisville, Kentucky, which is beyond a Hail Mary’s pass away from San Diego’s seasons of bitter disappointment. Since 1995’s Super Bowl rout of the Chargers, every child from Tijuana to Oceanside has been raised to accept each 4th quarter collapse and late season surrender as a trade-off for great beach weather. This isn’t something that can be hoped or wished away with a simple venue change. It is an evil curse that will never be broken until new ownership is christened.

“Other than Derek Carr, Philip Rivers might just be the best quarterback in the AFC West right now.” 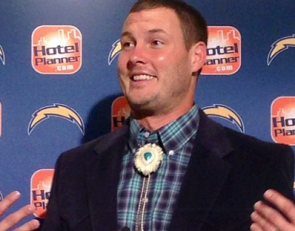 Ahhhhh… Philip Rivers has been the best quarterback in the AFC West for the last decade! Yet, the stream of Chargers head coaching changes have hampered every positive attribute he has brought to the team (are you not familiar with the power of the Bolo Tie?). This year will be no different as the team will be forced to learn yet another gridiron philosophy via first-time head coach, Anthony Lynn.

“The former Wisconsin Badger took a ton of criticism after he had a very disappointing rookie season in the NFL. That being said, he took those criticisms and threw them right back in everyone’s face, as he had a fantastic sophomore campaign for the Chargers.”

Gordon is a bright spot for the L.A. Bolts (yuck, I have to spit up), but he can’t shine enough light or gain enough yards this season to outrun the Spanos shadow.

“There just aren’t enough good things that one person can say about Joey Bosa. According to Pro Football Reference, Bosa put up an amazing 10.5 sacks in only 12 games played in 2016. If you want to know why he was the NFL’s top rookie defensive player last season, that’s exactly why.”

Two words: Sophomore Slump. Every AFC Offensive Coordinator is well aware of Bosa and will be game-planning to neutralize him. How he deals with the spotlight this season will help him and the team in 2018-19. But he is not leading any L.A. defense to this season’s AFC West title.

We all understand how great the Chargers receiving corps has been over the past years (Charlie Joiner, Kellen Winslow, Lance Alworth, Wes Chandler among the greats), but all they’ve got going for them today is Keenan Allen and an aging Antonio Gates. No disrespect to Gates: he is a Hall of Famer! Yet Allen only caught 6 passes for 63 yards last season before he tore his ACL, and if you bothered to tally up all his regular season appearances in the last four season, you would see he missed 40 percent. No Bueno!

Sorry folks, but the L.A. Chargers are not going to win the AFC West this season. This primarily due to one of the ugliest facts in sports: Dean Spanos controls the team. The spawn of the poisonous carpetbagger Alexander Gus Spanos, Dean has no desire to spend the necessary capital to reenergize the Thunder or Lightning of the Powder Blue Bolts. Yet Spanos has the willingness to jump on a Rams financial bandwagon and lease game space from their planned Hollywood Park stadium. A stadium that will not be ready until 2020, thus forcing Rivers, Allen, Gates & Co. to play their next few season in the NFL’s smallest venue, StubHub Center.

(But if they do win, I will gladly squeeze back into my old #21 LT jersey and scream in my best Lee Hacksaw Hamilton voice, “Show me your Lighting Bolt!)

Think the Chargers have a chance of doing anything noteworthy now that they’ve moved to L.A.? Still harboring pent-up feelings of rage and disgust over this whole thing – feelings that are made worse by the sight of that logo? Let us know in the comments!