Swami Got His Guitar Back! 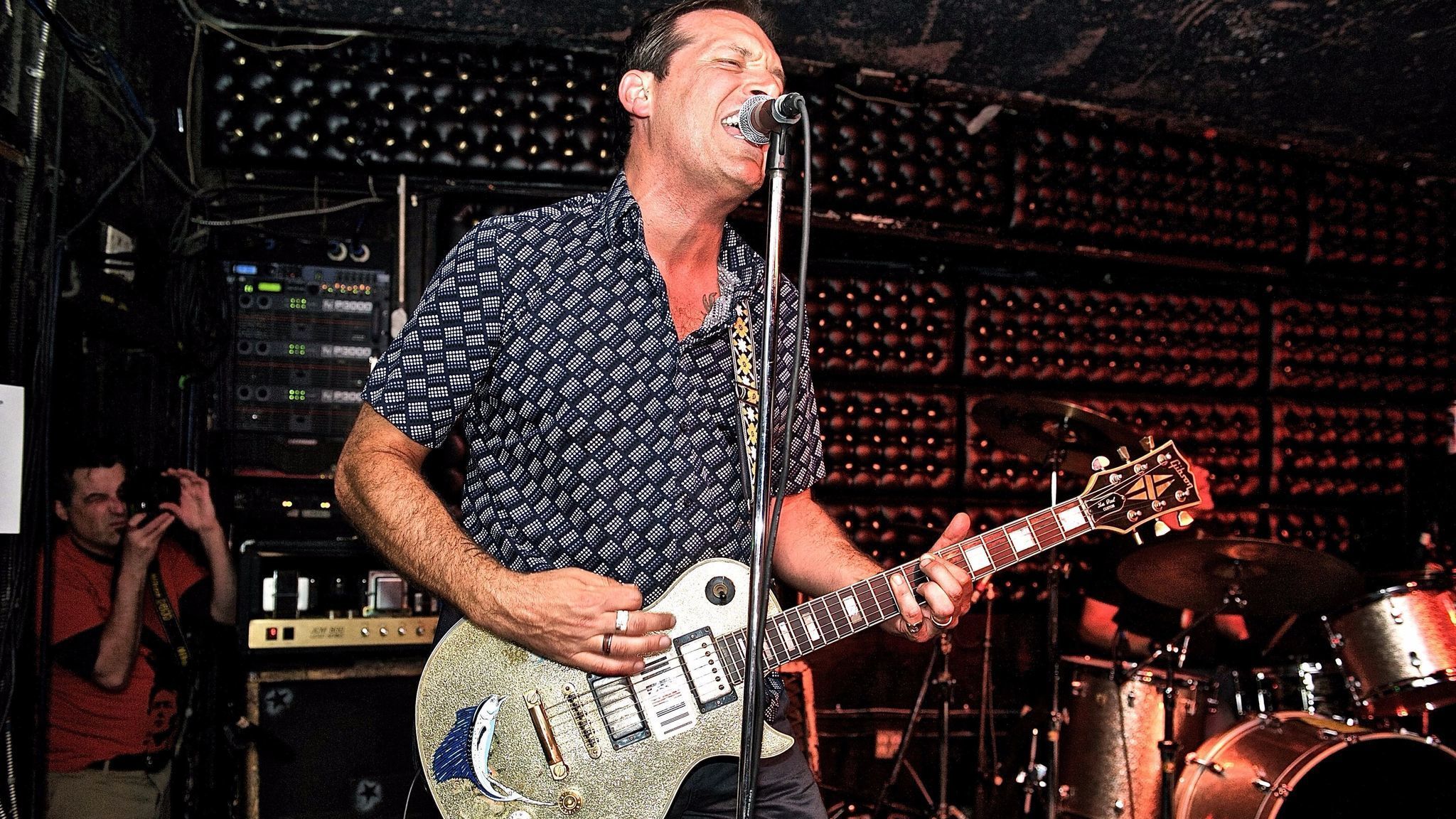 YEW! The late 70s Gibson Les Paul Custom guitar that was stolen from “Swami” John Reis has been recovered, or, “un-stolen.”

GUITAR UN-STOLEN Big thanks to everyone who spread the word about my guitar getting ripped off. It showed up on the OfferUp app this morning. Called the cops and was told to call back on Monday. So with the help of @thadical @madridguitars @skitsoskitsos @babyclydesdale and Lobo we implemented our own brown ops. Snagged it back from two ultra-sketch, haggard, tweek aficionados. Extra points to Kitsos. Never seen a dude chase a guy on a bike with a taser before. Soooo happy to have my guitar back!!! So happy to have so many rad friends all over the world that chimed in, spread the word and offered hope. Thank youuuu

Taken from the legendary indie rocker’s van last Saturday while recording with Hot Snakes at Singing Serpent studios in San Diego, (almost) every media outlet in town — including this one — covered its disappearance.

However, it was the app OfferUp that led to the prized Les Paul’s recovery.  Billed as “the simplest way to buy and sell locally,” the perps tried to sell the guitar on the app and within minutes, Swami, who’d been trolling pawn shops and the interweb all week, was on the case.

After a lackadaisical response from SDPD, the indie rock veteran recruited his own special ops (S.O.) team — consisting of local musician friends / bandmates — and “snagged it back from two ultra-sketch, haggard, tweek aficionados.”

According to his insta post, The Night Marchers bassist Tommy Kitsos chased down one of the degenerates — riding a bike —  with a taser. #StarskyAndHutch

Here a YEW!, we can’t wait for the documentary / reenactment video and couldn’t be more stoked for Swami.

In response to its recovery, the Rocket From the Crypt frontman said “so happy to have so many rad friends all over the world that chimed in, spread the word and offered hope. Thank youuuu.”