Move Over, Sharknado – We’ve Got Sharkoronado 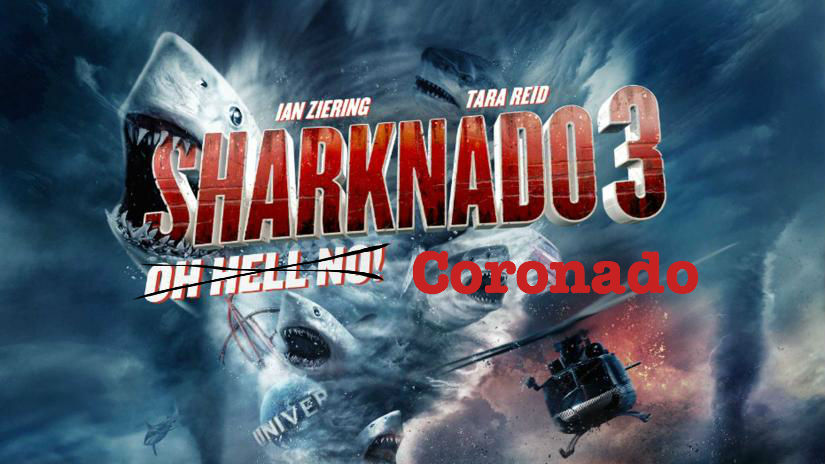 For you, the San Diego county resident: yesterday morning, there was an unconfirmed shark sighting at Silver Strand beach. A couple of guys doing the dawn patrol told lifeguards that they spotted an 8-foot long great white; the lifeguards posted warning signs, which remained in effect for 24 hours. CBS News was there, and managed to find the worst possible person to talk to about sharks, surfing, and the ocean in general.

Now, you and I know that the odds of being attacked by a shark are very, very slim: lightning, bee stings, and cows (yes, cows) kill more people every year than sharks. The Coronado shark? NBD. But your cousin Ned from Des Moines? The one who’s thinking about relocating to OB because he wants to learn how to surf, thus adding to an already crowded lineup AND driving up housing prices? He’s probably not so well-versed in shark lore. So when he or anyone with similar aspirations nervously asks you about all the sharks that have been spotted in SoCal over the last few months, tell them San Diego’s shark problem is worse than they can possibly imagine. And then show them this.