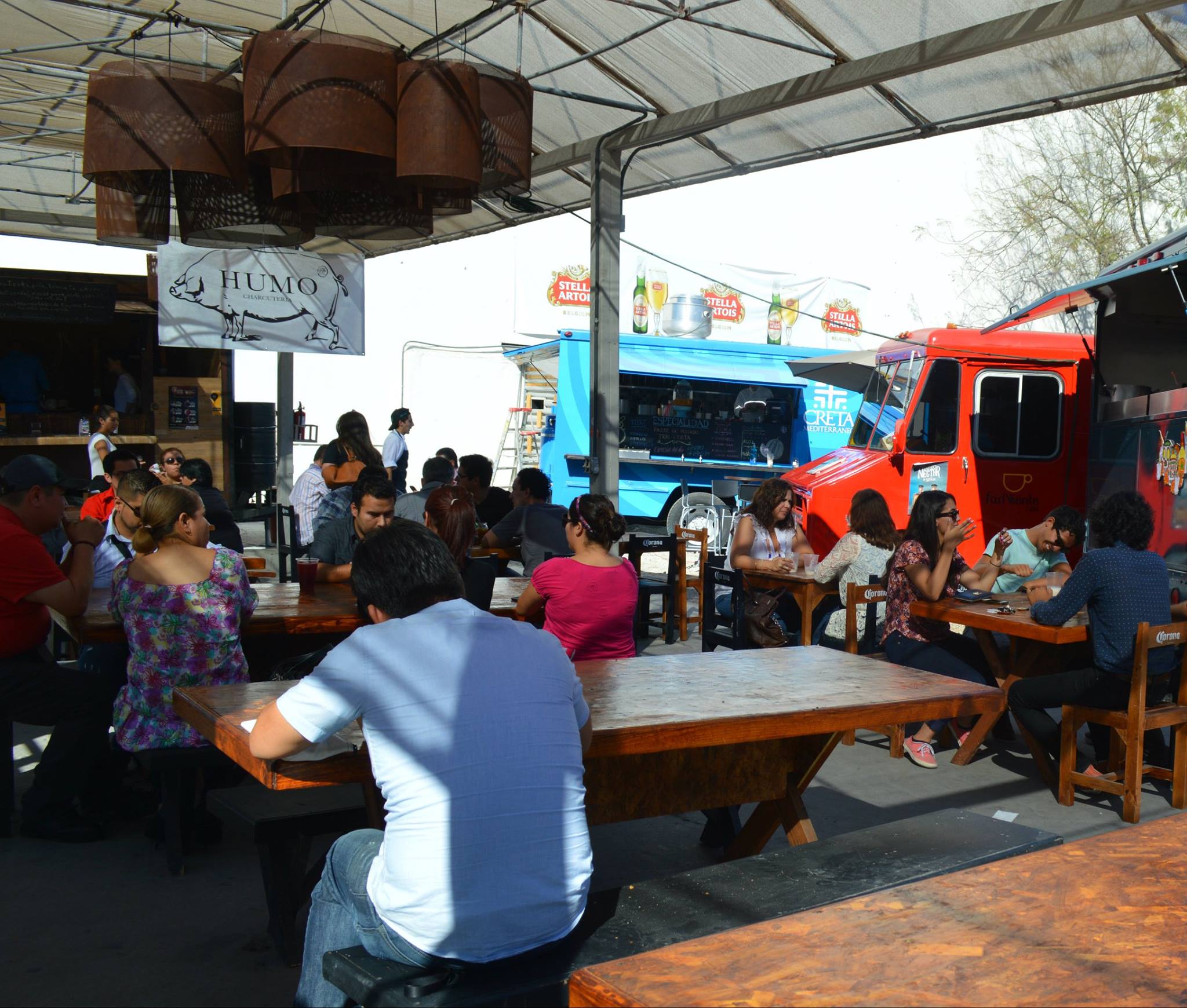 Written by YEW Staff
If you need a quick getaway look no further than your neighbors in Tijuana, Mexico. With one of the hippest food truck galleries in the form of Telefonica Gastro Park and the craft beer hub that has developed inside of Plaza Fiesta, this is a day trip designed for the craft beer loving foodie in all of us.

Myself and a few friends headed down south last week for a day of gorging ourselves on delicious food and craft beer. Our first stop was Telefonica Gastro Park, a trendy open air courtyard located on Av. Melchor Ocampo. What we found were about a dozen food trucks circling picnic tables under trees, and a craft beer bar in the corner. We opted for octopus and ahi tostadas from Otto’s Grill and a huge bowl of ramen adobada from Don Ramen. Other food options that we didn’t make enough room in our stomach for included Quesos El Popo, a cheese shop that serves up amazing looking grilled cheese, and Humo BBQ, which has an attached smoker cooking up a variety of meats.  There were also many vegan options, desserts, and other delicacies. During the night, strands of lights brighten the courtyard and local bands come to perform. On to Plaza Fiesta! What looks like a mall from the outside holds a craft beer drinkers paradise, with tasting rooms, breweries and craft beer bars scattered among clubs bumpin’ music throughout the day. Most of these spots open up around 3-5pm. Since I am only human and did have to get back home till later in the evening, we only jumped around to a few of the many spots available, and they were not disappointing.

Mumut’s satellite tasting room is where we decided to get out first beer. Mamut, meaning wooly mammoth in Spanish, stays true to their namesake by decking out the tasting room in technicolor wooly mammoth paintings, as well as a fairly large wire mammoth head atop the entrance. The beer list was short but sweet, offering a variety of IPA styles (the Rye being the favorite) plus Belgian, Stout plus the not so craft options like Tecate and Heineken. The best part of this stop: the beer was a mere 150 pesos ($8 bucks) for 3 pints, safe to say we tipped generously… Border Psycho has an extensive list of beers with 18 of their own on tap, as well as your run of the mill crowd pleasers like Michelob Ultra, Stella Artois and Modelo. Taking a seat at the bar we promptly order pints of their Cream Ale, Black Saison and IPA with chili. About half way through our beers, the entire tasting room began to fill with an aroma one can only describe as being sent from the gods. A quaint little kitchen is tucked away in the front corner, dishing out sandwiches, burgers, and flatbreads. If only we hadn’t eaten before…

Cerveceria Insurgente is no stranger to the San Diego beer scene so this was a definite go-to for us. The satellite tasting room is set up in a revamped storage container with a coffee shop vibe and beer available on draft and in bottles. The draft list was small but impressive with the ever popular La Lupulosa IPA and the recent collaboration with Mikkeller, Drinko de Mayo, among the list of beers available. I opted for the Juan Cordero American Pale Ale, refreshing, light and with notes of citrus and pineapple. A hankering for (more) food brought us to our last stop, Cerveza Fauna’s tasting room which houses the restaurant Sweet Bacon that serves up bacon focused appetizers and specialty burgers. Due to this being the last stop on our voyage, the beers consumed are not particularly remembered as I forgot to write them down, BUT I do remember myself fully enjoying them. Our food was outstanding, with bacon wrapped mashed potatoes, sriracha bbq stout wings and sliders…yum.