Through The Redwoods To The Music 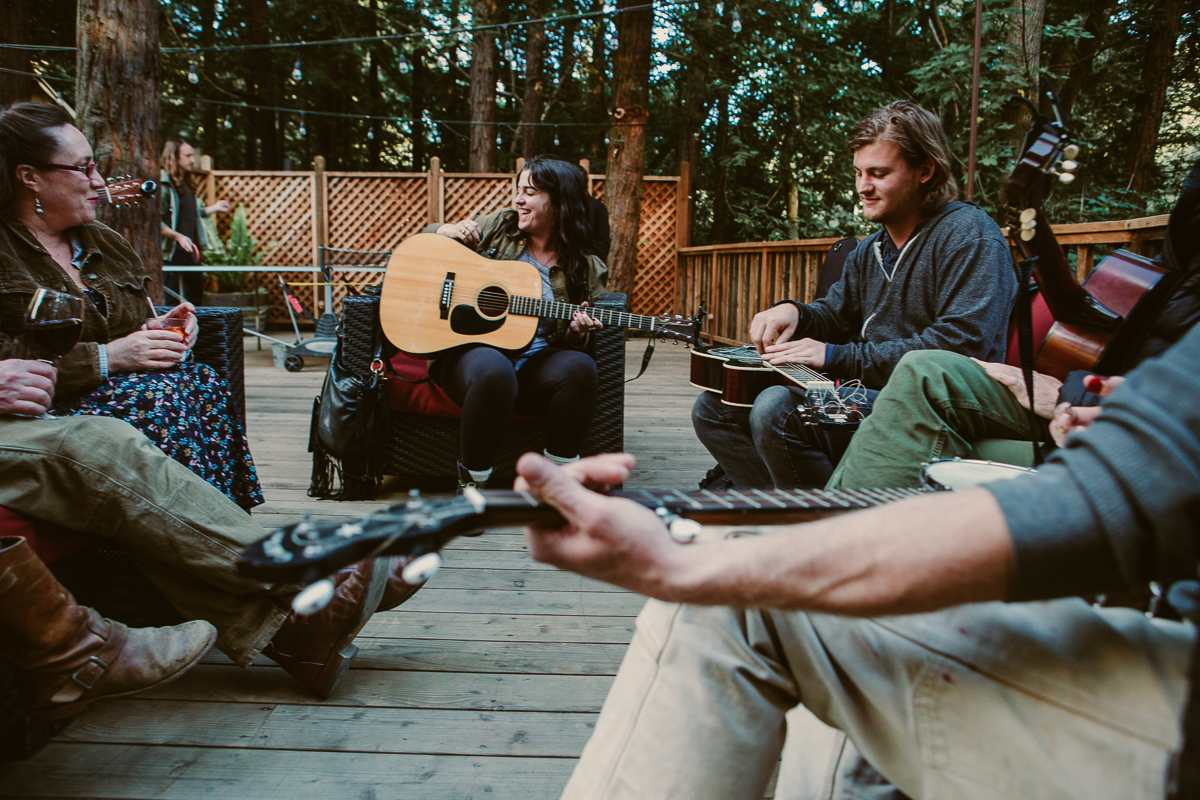 Music loving photographer Kristy Walker of Kristy Walker Photography hopped on the road with The Redwoods Revue — a San Diego-based music collective featuring Dani Bell and the Tarantist, The Midnight Pine, and Birdy Bardot — headed to Napa Valley to play the 2017 BottleRock Festival.

In this exclusive for YEW!, Walker documents the indie collective’s entire winding journey.

Here, songwriter and percussionist Al Howard checks his phone while drummer Jake Najor tries to crash out (after playing a late night gig in L.A. the previous night.) When not sleeping, or attempting to, listening to, and discussing, music helps with the passage of time.

On this first leg to Big Sur, The Redwoods artist Birdy Bardot (pictured below) was in constant rotation.  Ms. Bardot has record release show June 23rd at the Casbah in San Diego.

After hours on the winding California Highway 1, first stop, a gig at the aptly named Fernwood.

Before the show, Shelbi of The Midnight Pine joined local musicians for an impromptu jam session (on a deck surrounded by redwoods.)

By nightfall, The Redwoods Revue took the Fernwood stage and performed their first show (as a collective) in Big Sur. Next stop, Healdsburg, to play Bergamot Alley, then, BottleRock. ALL photos by Kristy Walker Photography