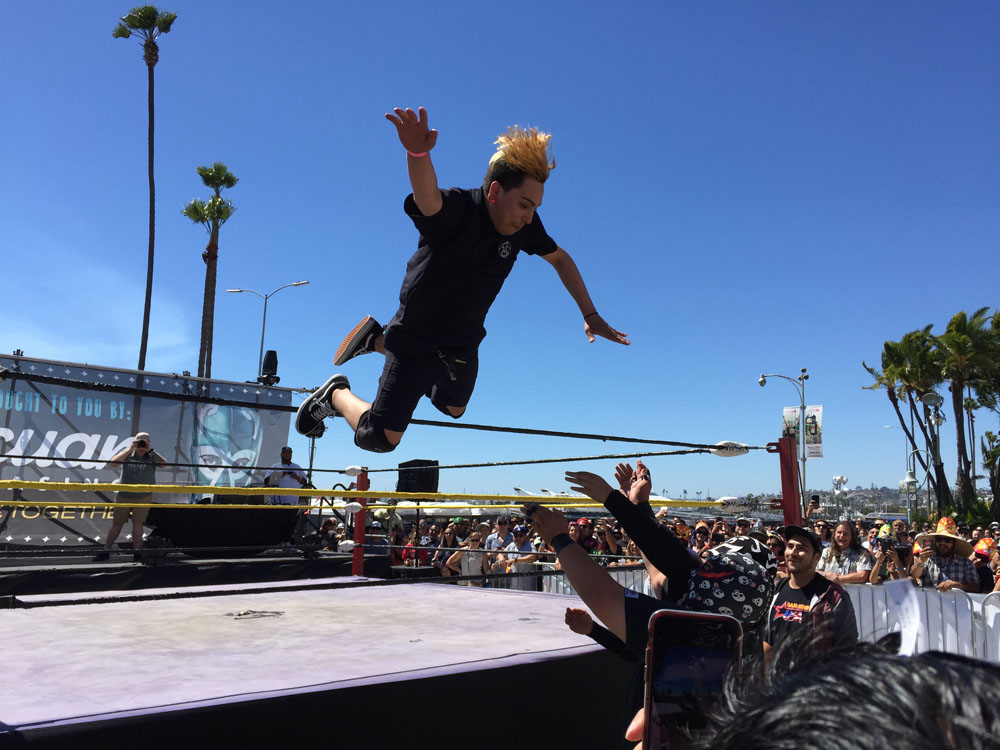 Taco Fest at Waterfront park was another sold out mash up of tacos, luchadors, Chihuahuas, and… Vanilla Ice. With 30+ of the best taco stands from all over San Diego and Tijuana on site, we sent Blair Alley (Of TRANSWORLD skateboarding) to cover the taco madness for YEW! They had tag team matches, hilarious wrestler names — ‘Ricky the Activist’ and ‘Sexy Rose’ — and a ref (shown below) who wasn’t afraid to get in on the action. After working up an appetite throwing roses at Jose of The Sweet and Tender Hooligans, it was taco time for Blair ! AND, there’s always time for photo opps with lovely ladies… Vanilla Ice capped off the night with an amazingly bizarre performance which included Ninja Turtles, Megatron, the guy from Tron, and a hip-hop stormtrooper!? A single-day event, Taco Fest can easily be expanded to a two-day event. Either way, we’ll be sure to send Blair back to reconnect with his new friend, Sexy Rose.