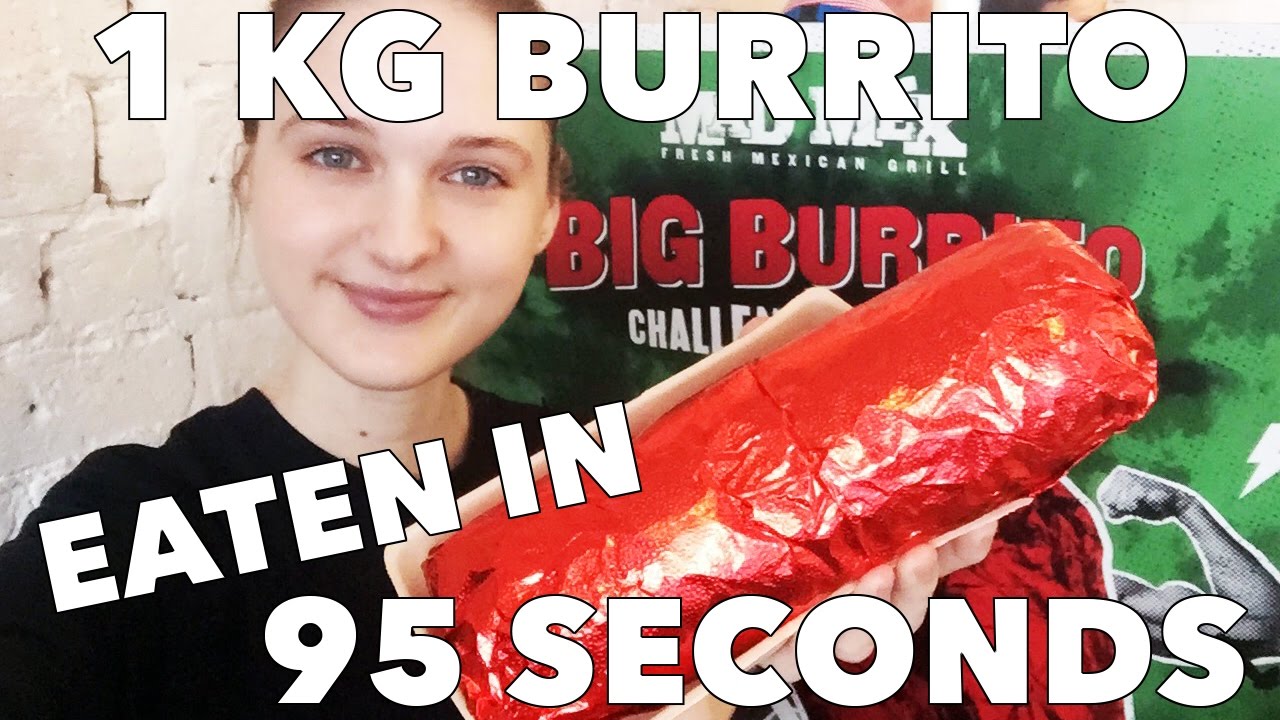 Nela Zisser, 24, a model and competitive eater from New Zealand, took part in an annual Big Burrito Challenge at Mad Mex, a Tex-Mex restaurant chain from the land Down Under, and inhaled a ginormous burrito in 95 seconds. As impressive, and kinda gross, as this feat is, it’s not Zisser’s first competitive eating BBQ. She’s devoured five Subway sandwiches in less than 10 minutes, 120 Chicken McNuggets in under 17 minutes, and 50 mozzarella sticks in eight minutes.