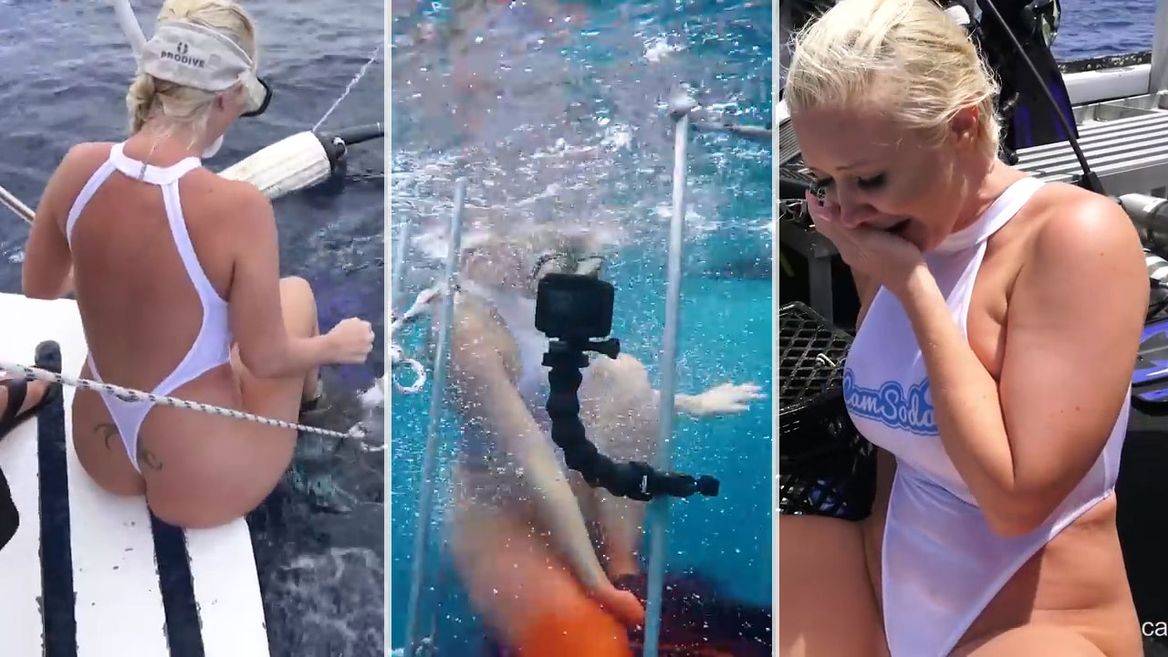 “It’s a hundred percent fake,” said Bryce Roher of Florida Shark Diving to Wanda Moore of WPTV (West Palm Beach, Florida).Roher indicated that a company working with Cavalli contacted him, hoping to hire him for the shoot, “We were contacted by a film production company to film a fake shark bite in order for the story to go viral.”

The company went as far as to text Roher a picture of how they wanted the shark bite to be posed. Rohner correctly chose not to get involved with this fishy scheme.However, Cavalli and her sponsor, CamSoda, did find someone less scrupulous to assist then with creating their chumy escapade. A wet deed that was picked up by an orgy of websites across the globe; where the blonde Cavalli is seen frolicing around the deck of a chartered boat in a one piece white/sheer bathing suit. Then giggling as she plunges herself into a metal cage surrounded by an audience of sharks. Within moments she leaps back onto the boat, clutching her bloodied foot; screaming and weeping salty tears. Yet, as it turns out, those tears are as fake as her onscreen orgasm.