Trump’s “Wave Of The Day” 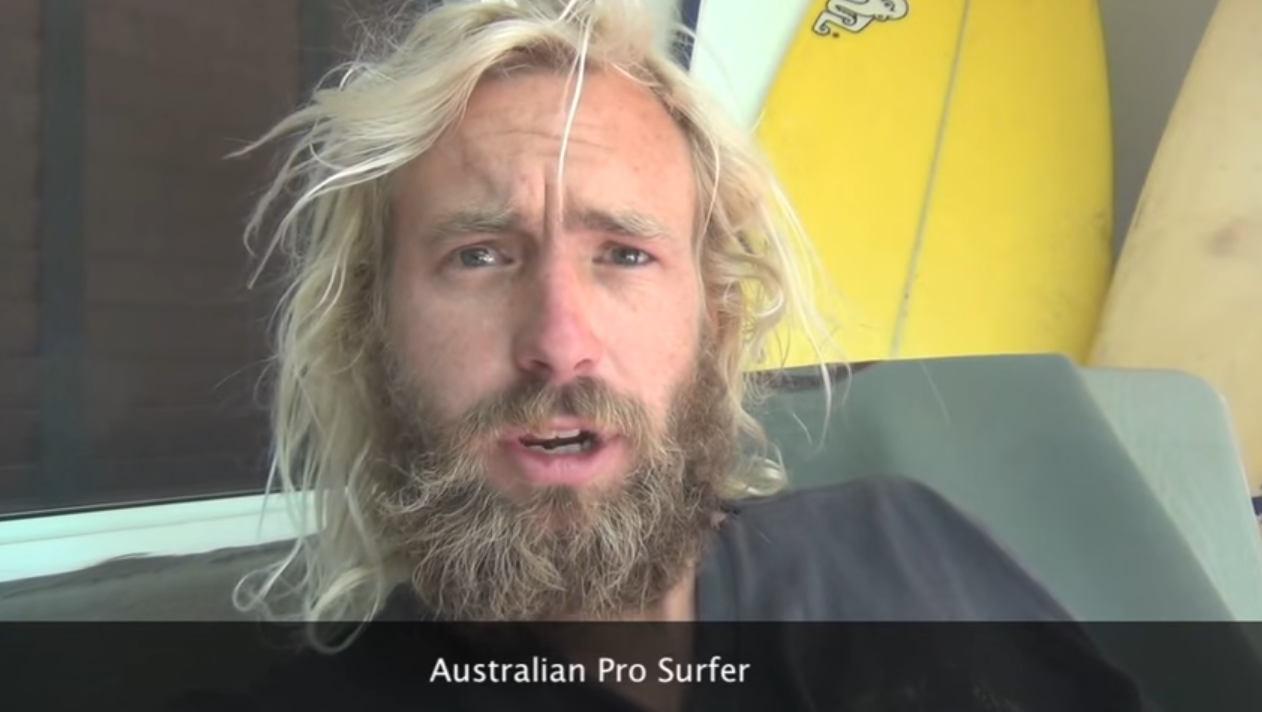 Thank goodness for Donald Trump. Well, maybe not so much for his politics, but for the fact that he is providing impressionists / comedians with endless material! Some of the best Trump impressions have come from veritable TV superstars like Jimmy Fallon, Frank Caliendo, Johnny Depp, and then you have Saturday Night Live’s Alec Baldwin straight up skewering his ass on a weekly basis. Well, you can go ahead and add Malibu surfer, Tyler Allen’s name to that list after his “Donald Trump Wave Of The Day” video went hella-viral last week. A few hours after Tyler posted his Trump impression video on his personal Instagram, his buddy sent it to @kookoftheday and from there, the video went nuts.

Trump walks us through his wave from the other day

I’ve probably watched it 40 times and everyone I know from surfers, to skaters, to random friends and family have been reposting and raving about this clip—Tyler Allen is an InstaGram star! But, Tyler is no overnight sensation, nor is he a one-trick-pony. I DM’d Tyler out of the blue and then connected with him on the phone, a true fan boy moment for me, cyber-meeting my new favorite person. “Hey, sorry to hit you up out of the blue but your video was amazing,” I said to Tyler before he could even say hello. “Wow, thanks! It’s been a crazy couple of days,” Tyler laughed. “My phone has been blowing up.” Tyler is instantly likeable and I can tell right away that he’s a funny guy. I can say we became insta-bros, and here’s what I learned about this “overnight sensation.” Tyler has been doing VO work for a five or so years, even setting up a studio at his house to audition for jobs and record VOs for clients. Tyler is 27 years old, lives in the edge of the Valley a bit inland from Malibu, surf’s a lot, and is a huge fan of surfing. Since he was a kid, he has been doing all kinds of impressions and voices. He’s got a thousand impressions, from “Australian Pro Surfer” to “Garbage Man” and now Donald Trump.

Trump was an easy target for Tyler who makes it clear to me that this is not about not being political, but that the Donald is just too good to resist ribbing. “I had done the Trump surfing thing before, but I think I’ve gotten better at him from doing it so much—when I described Trump’s wave of the day, I guess it clicked with people,” he laughs. It clicked with lots of people and in-turn started generating LOTS of clicks. Tyler started seeing likes and reposts from his heroes like Kelly Slater, Ross Williams, Sal Masakela, and when @kookoftheday reposted the video for its nearly half-a-million viewers, it caught viral fire and has been watched over 187,121 times! “Man, I was tripping out when I saw that Kelly Slater liked it,” laughs Tyler. “Ross Williams reposted it and I told him he had the best layback in Loose Chane— Remember that layback Ross did in the opener on that orange board?” he asks—the dude is a true surf fan. “Now what?” I ask Tyler. “I’m just stoked that people liked the video”, he says. “I guess its kind of validation for me that my stuff is funny and I should keep doing it. Other than the real VO work I try to do, I just did these kind of videos for myself and the homies, but when all this happened, it definitely motivated me to do more of these videos and have fun with whatever notoriety I’ve gotten so far. I’m still tripping out that my heroes are digging on what I’m doing—it’s crazy.”

Safe to say that we agree with Slater, Sal, Ross, and the rest of the world that Tyler Allen is absolutely #YEWWorthy!