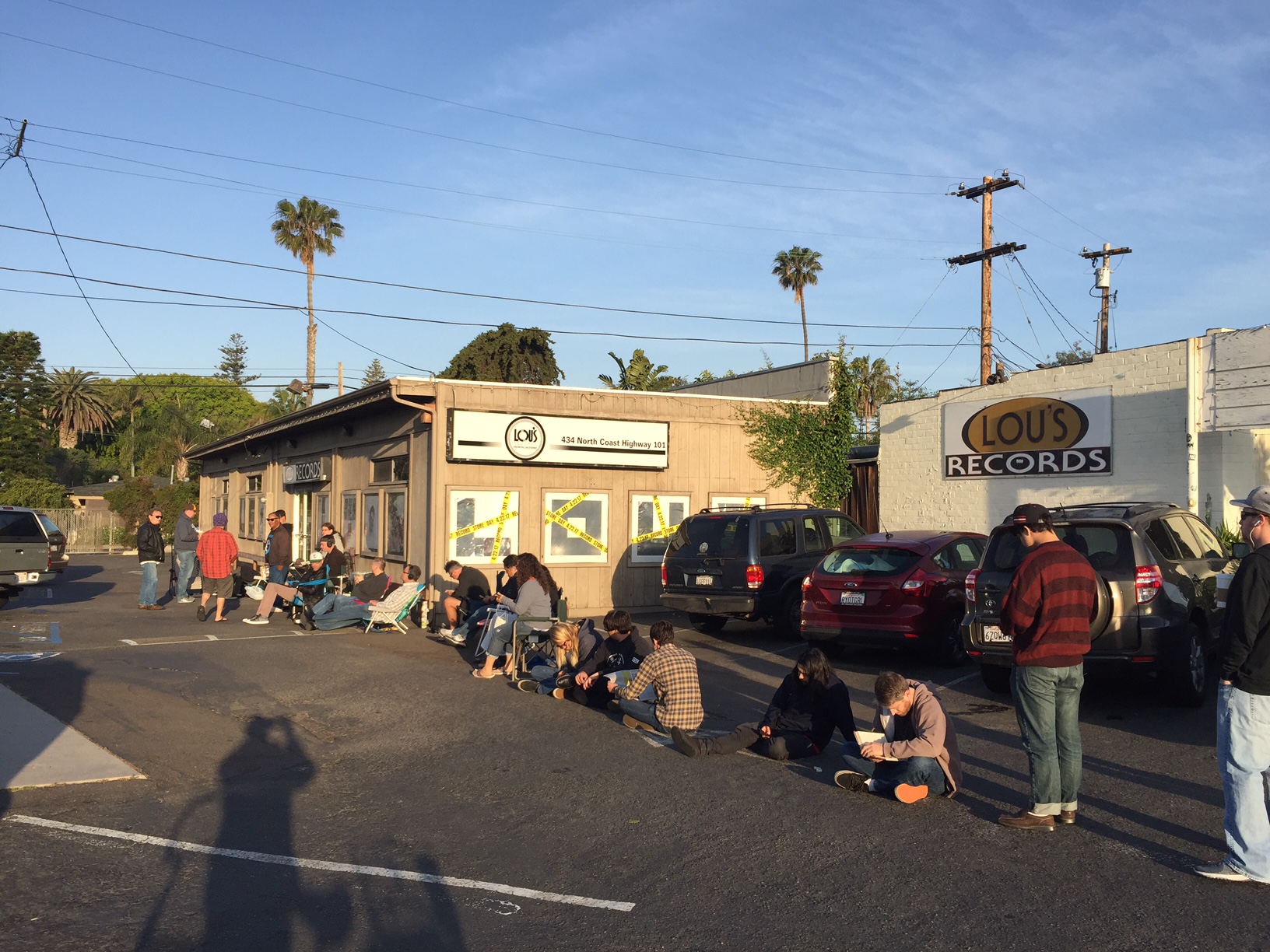 Upon his 9 a.m.-ish arrival, Chris learned that he was SEVENTY-NINTH in line and Lou’s only had two copies of the limited edition picture vinyl w/ bonus “Rosanna.”

Concerned he was gonna miss out, Coté stopped an old man along the way hoping to find some long forgotten words, or ancient melodies.  The man turned to Coté as if to say, “hurry boy, it’s waiting there for you,” but instead, told him to get to the back of the line. After all, the peops pictured below showed up at 10 p.m. the previous night — nothing that a hundred men or more could ever do ! And as sure as Kilimanjaro rises like Olympus above the Serengeti, Coté even spotted Dave Kuning of The Killers shopping before him.

I thought rock stars didn’t get up before noon ?!? Worried Kuning was gonna grab ToTo’s ‘Africa,’ shaped like Africa, before him, Coté got a lil shady.

Recognizing a former neighbor at the front of the line, Chris slipped his mole $14 to grab the vinyl rarity before The Killers guitarist.