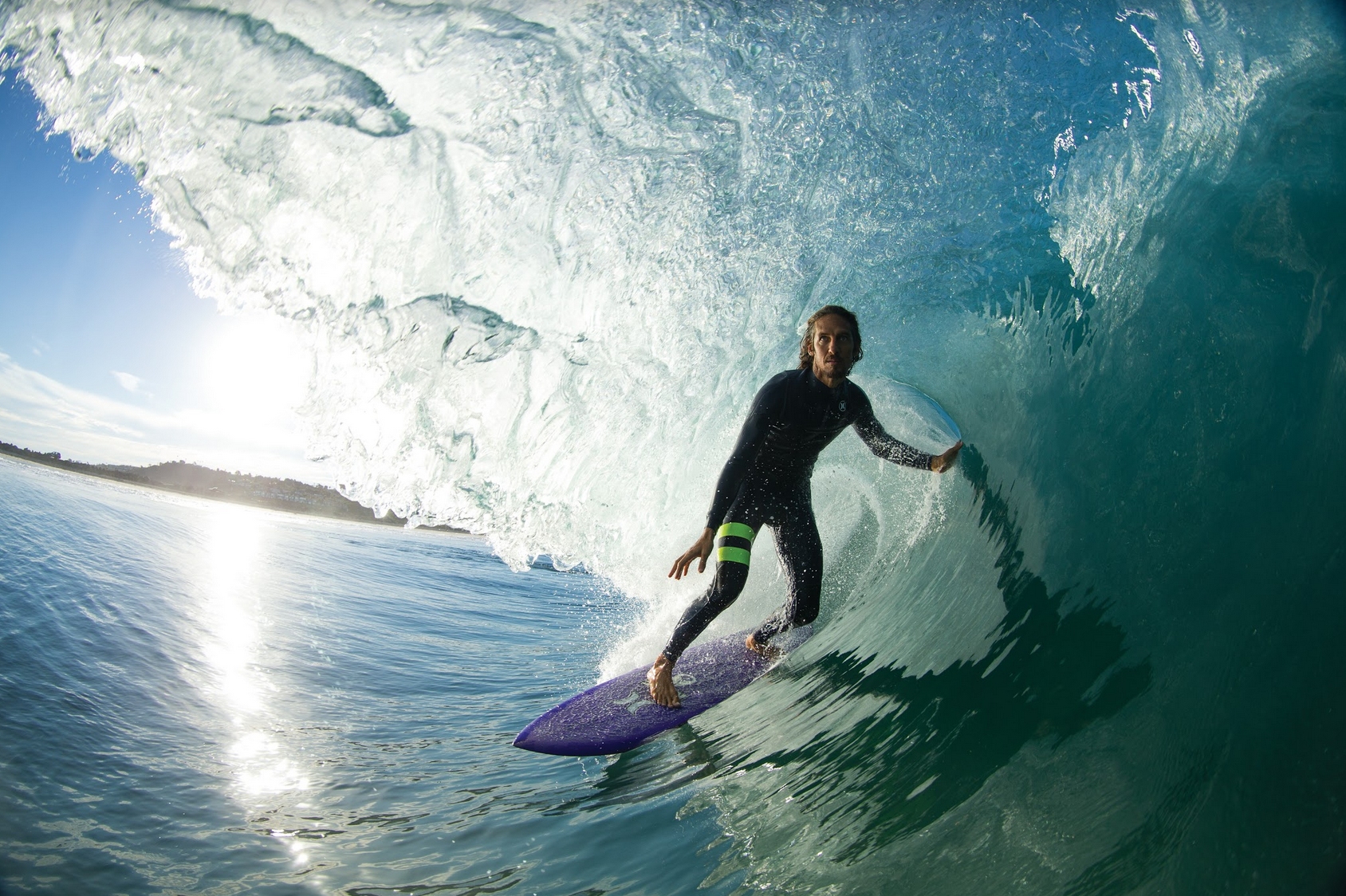 *As seen in Encinitas Magazine.

Todd Glaser is a homegrown photographic hero. Over the past decade, Glaser has become known as one of the greatest surf photographers to ever pick up a camera. There’s no doubt that when Todd reads that last sentence, he’s going to be blushing and embarrassed—he’s one of the nicest, most humble dudes you’re likely to ever meet.

His work is among the most well respected and awarded of any surf photographer working today. It may sound like high praise, but don’t just take it from us—take it from eleven-time surfing world champion Kelly Slater. He makes it a point of travelling and shooting almost exclusively with Todd, entrusting him to capture the champion’s professional and personal triumphs from an insider’s perspective.

“Todd’s images tell an incredible story of this stretch of land.”

Glaser’s images have been featured on a multitude of magazine covers including dozens of memorable Surfer Magazine covers (Todd’s a Surfer Magazine staff photographer), as well as spreads and features in international magazines including The New York Times, The Surfer’s Journal, Men’s Health, Monster Children, Surfing World, and yes, even Encinitas Magazine (October/November 2015 featuring Rob Machado).

Technically, Todd lives about five minutes over the Encinitas border to the south, but in all actuality, you could say Todd spends most of his time/life within the boundary of Seaside Reef To Swamis, A.K.A. Glaser’s Miracle Mile. All the photos seen here are shot within this area over the last five or so years. “The first roll of film I ever shot was at Seaside, around 1999,” said Todd. “I surf here every day if I’m not travelling. I have a ton of friends here who like to surf a lot and some of them are actually really good,” he laughed.

Todd’s friends include local legends like Rob Machado, Joel Tudor, as well as rising surf stars like Ryan Burch and eclectic local heroes like Devon Howard. “My routine is pretty simple,” smiled Glaser. “Wake up really early, make coffee, and go check the waves. I’ll surf or shoot, depending on what the waves are like. I’m fortunate enough to have friends who’ll wake up at 5:00am if the conditions are right.”

Glaser can often be found in far-flung surf destinations like Tahiti, Hawaii, or Fiji, but his own little slice of photographic heaven is a productive little slice of land between Seaside and Cardiff. “The little zone between Seaside and Cardiff actually dips down into a little valley that allows this area to catch the very first rays of sun,” said Todd. “Sometimes you get a golden light here that you don’t find at many other places—I love it.”

Todd’s images tell an incredible story of this stretch of land. And with so many options both in talent and location, you can bet that Todd will be producing beautiful and compelling images for a long time coming—from right here at home.

For more info on Todd, please visit tglaser.com, and also on Instagram at @toddglaser.