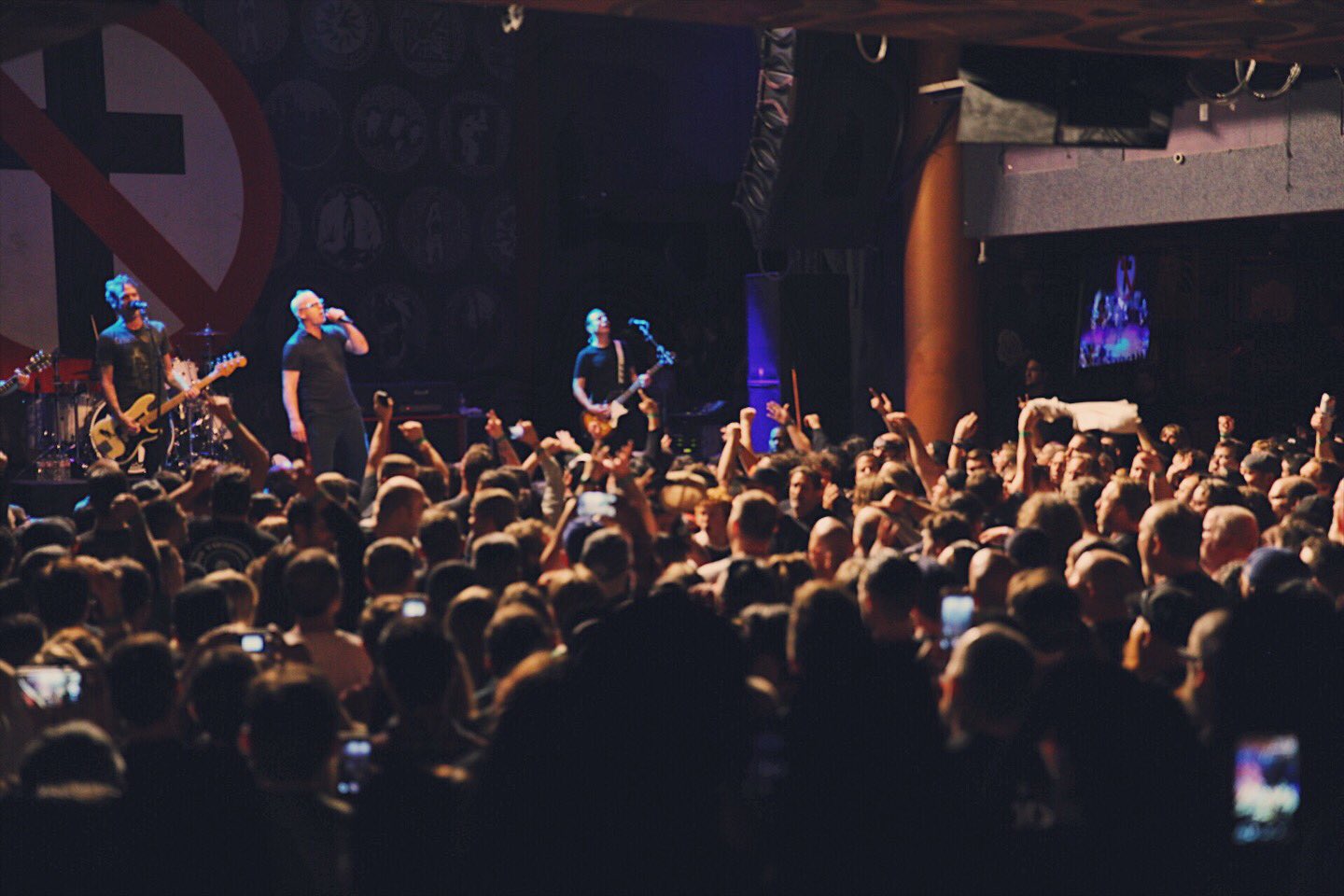 Prior to busting a handful of spring festival dates, Bad Religion hosted a sold out “warm up” show Saturday night at the House of Blues.

Bad Religion, cofounded in the late 70’s between Graffin and Epitaph Records owner Brett Gurewitz, has released 16 full-length albums — the most recent, True North, in 2013.

Before heading to Japan, Bad Religion’s next gig is at the 10th annual Musink Tattoo Convention and Music Festival at the OC Fair and Event Center in Costa Mesa (March 19) with Pennywise, Swingin’ Utters and Unwritten Law.