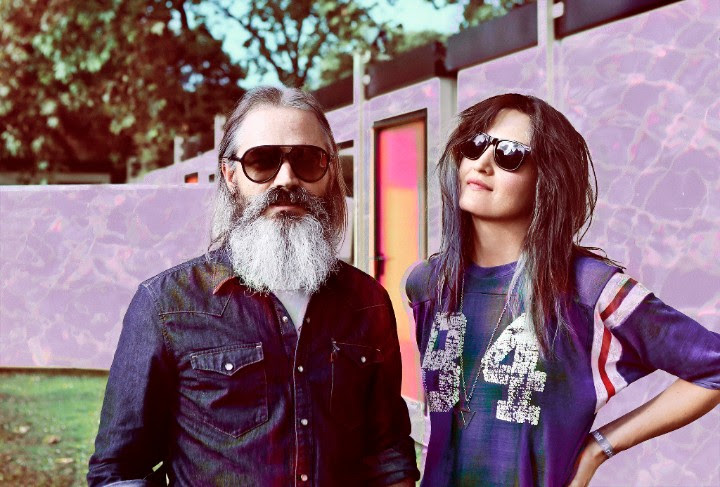 So much good new music filters through our earholes on a daily basis we figured it’s only fair to share the wealth!

Here are five new songs by great bands that you should get in to. Tune in, turn up, and listen closely, these five bangers will be spring staples for any music lover!

Ride
“Home Is A feeling”
The legendary shoe-gaze masters, Ride, reformed in 2014 and have since been on a roll playing sold out headline shows as well as massive festivals, like Coachella, Primavera and Field Day. “Home Is A Feeling” was released last week along with “Charm Assault” and both songs perfectly fit in to the epic Ride legacy of sound. Ride is touring now and if they come anywhere near your town they are a must-see band! Stay tuned for more from Ride soon. Local Natives
“Dark Days (Making of Sunlit Youth)”
Not so much “new music”, but new visuals from Local Natives—another darling of the festival circuit and for good reason—they’re absolutely incredible. This is the band’s first “duet” with a female singer, Nina Person, and the pairing is pure indie-pop perfection. Local Natives are playing Coachella, and thankfully making their way to San Diego on April 17th at the Observatory North Park, it will sell out, better buy your tickets now. Soviet Soviet
“Endless”
Soviet Soviet is an Italian indie rock band with a monster sound that’s drenched with reverb, ripping guitars, and a moody vibe that reminds me a of A Place To Bury Strangers, Eagulls, and even a bit of The Soft Moon. I fell in love with this band from the first note I heard, and you will too, the whole album continued to catch me in the rapture of Soviet Soviet. The video has surfing in it, too, rad. Moon Duo
“Lost In Light”
I was seriously bummed to miss Moon Duo at Casbah last week! I hate missing good shows, and from what I heard, they ripped so hard. Here’s a brand new Moon Duo track that will give you warm fuzzies about this band. Moon Duo is, guitarist Ripley Johnson and keyboardist Sanae Yamada, they have a new record coming out May 5th, it’s sure to be a banger judging by the sound if this first song. Oh, and wow, isn’t the video a treat for the psychedelic senses? Free Pizza
“Slipping”
I like the name Free Pizza. I had no idea what this band would sound like, but from the first note, I was hyped, and now I can add Free Pizza to my list of bands to see when they come to town (which hopefully will be soon). They’re definitely an art-pop band with a nod to Mac Demarco and Juan Wauters. Free Pizza play 100% lo-fi goodness that will warm your heart and have you bobbing your head to the beat.