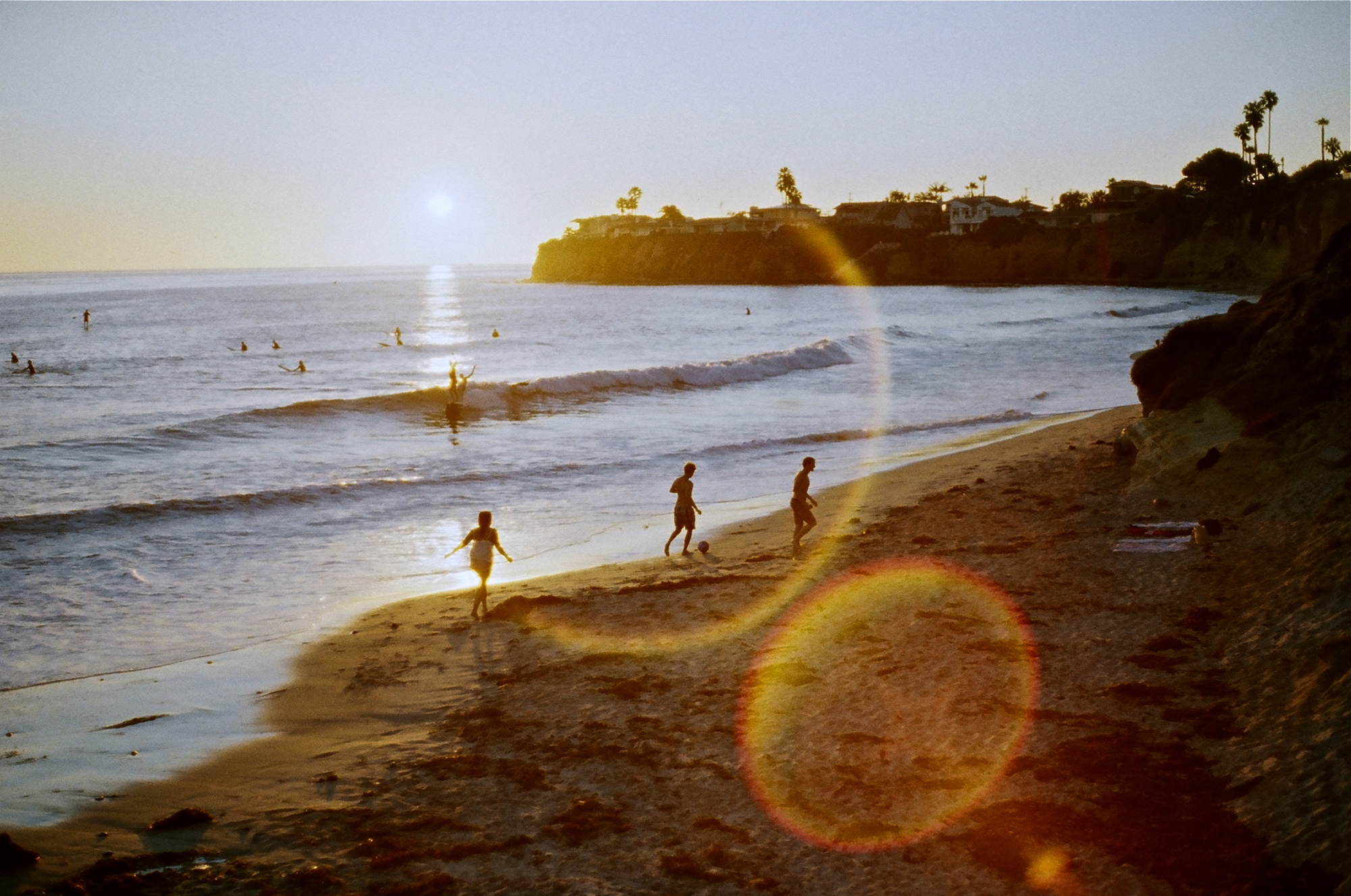 With the same style he exhibits on a surfboard, or while shooting stick, San Diego’s Vincent Brian Bodie de la Mross (at Qustom.com) shares a collection of photos taken with his vintage Yashica film camera — purchased at Kobey’s Swap Meet for $10 bucks. “This past summer was pretty awesome. This is one of the few double exposures I’ve shot where both frames were shot on the same day at the same location” Vince says. “The familiar turn down the hill at Tourmaline Surfing Park, as seen through some crazy filters, shot on film with one hand while driving!” exclaims Vince.